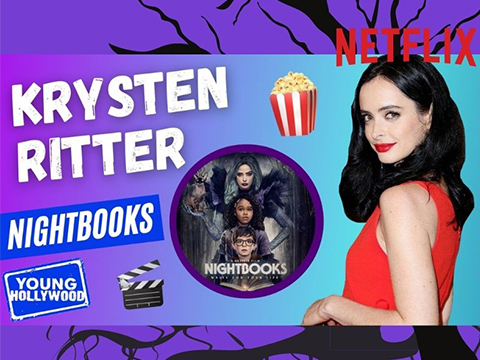 Whether she's the sassy B in Apt 23 or the mysterious Marvel superhero Jessica Jones, Krysten Ritter is always keeping us on our toes -- and that's just how she likes it! Now she gets delightfully witchy in Netflix's adaptation of the popular horror-fantasy children's book 'Nightbooks', where she plays a witch who imprisons a young boy in her magical New York City apartment. Young Hollywood catches up with Krysten via Zoom to find out more about this (literally) colorful role and how her 2-year-old son helped her develop the character! She also reveals what aspects of the role drew her to the project, plus she tells us some of her own favorite horror stories and movies!