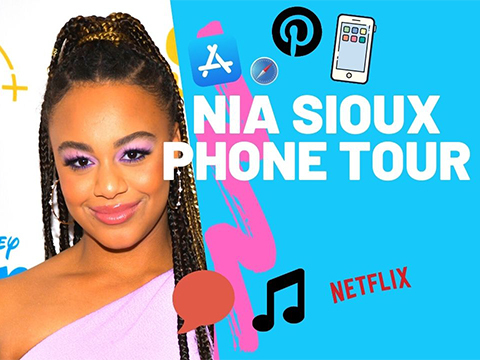 Like many of her fellow "Dance Moms" alums, Nia Sioux has been able to parlay her experience on the notorious reality series into a career in music and/or film, and in Nia's case roles in such projects as the classic soap opera "The Bold and The Beautiful" and the Brat universe webseries "Sunnyside Up". She also has quite the following on Instagram! Young Hollywood catches up with the multi-talented Ms. Nia over Zoom to get to know her a little more in the best way possible -- a Phone Tour! Find out the crazy number of photos and videos she has on her camera roll, her lock screen pic, the last song she played, and the last text received, plus she shares with us some of her favorite playlists!