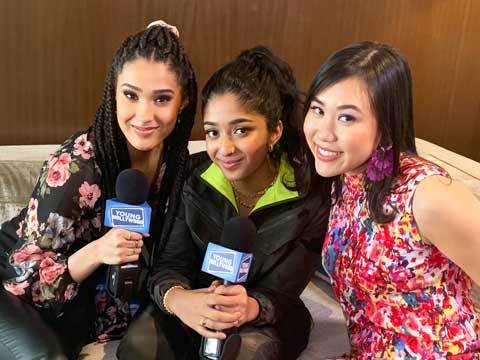 When Mindy Kaling's coming-of-age comedy "Never Have I Ever" dropped on Netflix, Indian-American teens everywhere finally felt seen and represented. While the series does not reflect the experiences of every teenager of Indian descent, that's half the point -- seeing South Asian representation normalized on TV in this way is a huge step forward! Earlier this year, Young Hollywood sat down with the star of the series herself, Maitreyi Ramakrishnan, along with co-stars Ramona Young and Lee Rodriguez, to find out more about their experience working on this groundbreaking show! Find out which other Netflix series they would love to crossover with and which of Mindy's former co-stars they'd love as a guest star on their show, plus they reveal a hilarious but embarrassing behind the scenes secret and they also treat us to a brief impromptu a cappella!