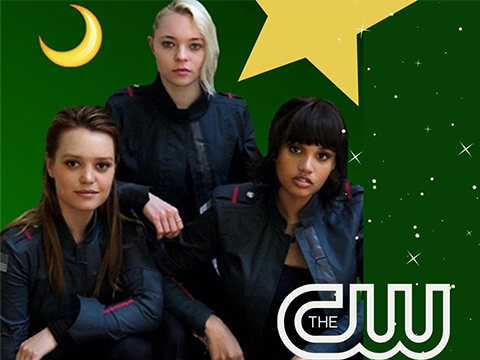 The witches are back! After casting a spell on us with their debut season last year, the ladies of Freeform's "Motherland: Fort Salem" bring their magic back for Season 2, and Young Hollywood has the entire Bellweather Unit on Zoom to tell us all about it and so much more! Taylor Hickson (Raelle), Ashley Nicole Williams (Abigail), and Jessica Sutton (Tally) share their thoughts on the show included whether or not they would watch it if they were not in it, what other characters from the series they would love to play, and who among them are the most spoiler-prone! We also take a Phone Tour with the ladies where they reveal the name of their Group Chat, on-set selfies, the last thing they Googled, and who has each other on Find My Friends, plus they tell us about a wild night out celebrating their premiere season!