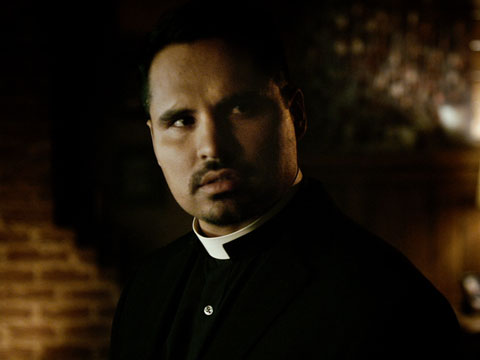 YH chills out with actor Michael Peña at the London Hotel in West Hollywood to hear all the details about his experience shooting the horror thriller 'The Vatican Tapes', including how his own real-life Catholicism came into play and how he tried to keep it light on set to offset the creepy vibe of the film! He also talks a little bit about his role in 'Ant-Man' and his love for soccer!