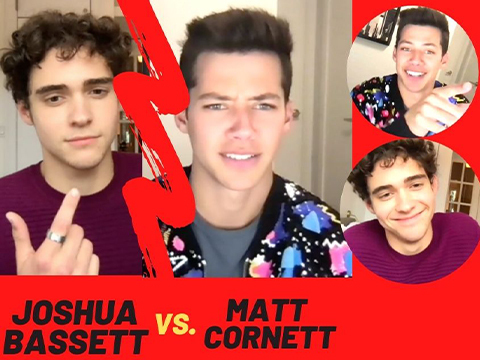 The last time we chatted with Joshua Bassett and Matt Cornett, they were chilling in the Young Hollywood Studio, shooting the breeze and enjoying some lollipops... simpler times! Now, we catch up with the "High School Musical: The Musical - The Series" cuties over Zoom to get the scoop on what we can expect from the long-awaited second season of the hit Disney+ show and also pit the two against each other in game of "Who Said What?"! Find out how well they know their own co-stars by guessing which of them said what quote in past interviews, including who wants to collab with Hilary Duff, who takes the most selfies, who is the best at TikTok, and more -- see who comes out on top! Plus, the boys each describe Season 2 in three words!

JoJo Siwa On Taking Off Her Bow For The J Team

Roast or Toast With The Hustle House Boys