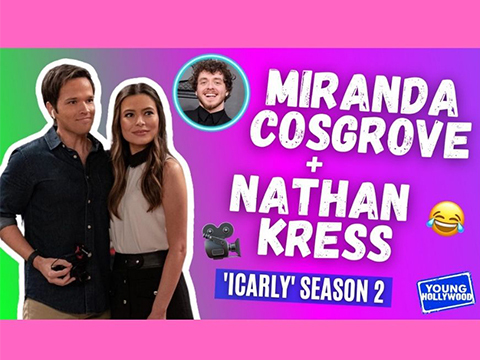 We had no doubt whatsoever that the Paramount+'s reboot of iConic Nickelodeon series "iCarly" would be a hit, and the streamer has obviously agreed as the show just wrapped their second season! Young Hollywood catches up with the dynamic duo of Miranda Cosgrove and Nathan Kress via Zoom to chat about this exciting milestone and how the vibe of the show differs from the first season now that there is less pressure! We also find out which scenes generally take the longest to film and how fan feedback played into many of the creative decisions, plus the twosome reveal what guest star they would love to have on the show (or even which as-yet unseen characters they would like to feature... ahem *Socko*) and which member of the cast is the funniest irl!