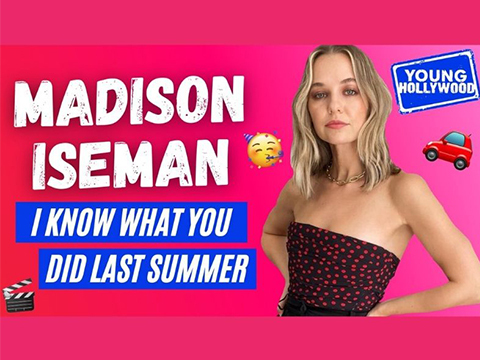 From 'Jumanji' and 'Jungle Cruise' to 'Annabelle Comes Home' and now "I Know What You Did Last Summer", Madison Iseman can do -- and has done -- it all! Young Hollywood catches up with the talented and diverse actress via Zoom to find out more about pulling double-duty as twins Lennon and Allison in Amazon Prime's reboot of the '90s horror classic 'I Know What You Did Last Summer', including what it was like receiving the original cast's blessing via Instagram! She also reveals how the cast did not know who the killer was while filming, plus we play a game of "I Know What You Did When" to find out what Madison did when she found out she booked the role, wrapped filming, saw herself on billboards, and more!