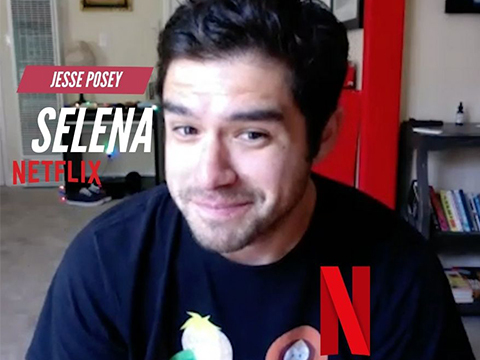 Nearly three decades after her tragic death, the life and career of Tejano star Selena Quintanilla still captivates us, and the success of the Netflix show "Selena: The Series" just proves it! In this iteration of Selena's life story put on film, her husband Chris Perez is played by Jesse Posey, and we "Could Fall In Love" with "A Boy Like That"! Jesse joins Young Hollywood via Zoom to tell us more about his experience on this incredible project, which is in its second season, including filming in Mexico and what IRL things about relationships he has learned from his scenes with star Christian Serratos. Then we test his knowledge of the show's cinematic forebearer, the iconic movie 'Selena' starring Jennifer Lopez. Find out if he remembers when Selena and Chris were married, how J.Lo prepped for the role, and how many songs she sang herself in the movie!