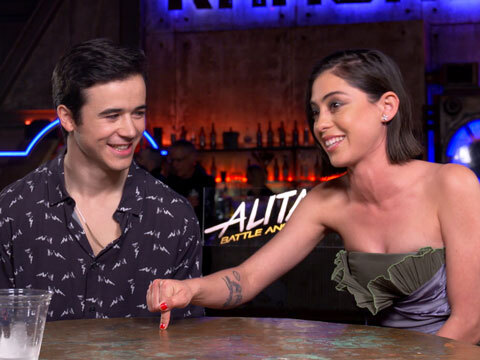 How Alita: Battle Angel Still Feels Like An Indie Film

Young Hollywood catches up with the stars and creators behind the highly-anticipated sci-fi adventure 'Alita: Battle Angel', including Alita herself, Rosa Salazar, as well as co-star Keean Johnson, producer Jon Landau, and writer/director Robert Rodriguez! Find out how they were able to maintain an indie spirit around a big-budget James Cameron blockbuster and how Rosa made Robert cry during her audition!