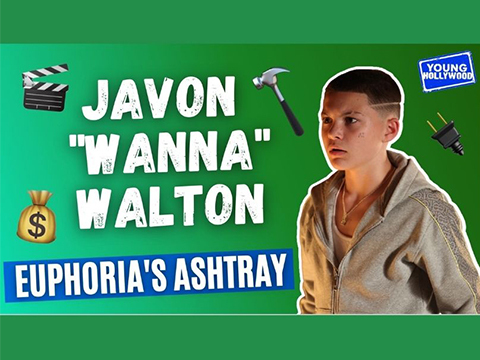 Let's face it, "Euphoria" fans -- at the end of the day, the character you stan the most is Ashtray. And honestly, how can you not, with such a cool kid like Javon "Wanna" Walton bringing him to life?! The young actor, who made his acting debut in Season 1 the hit HBO series, started his career in the spotlight as a boxing prodigy, and now he has charmed his way into fans' lives as Fez's little hustler brother that we can't help but love! Young Hollywood catches up with Javon via Zoom to get all the scoop on his whirlwind experience of getting cast on the show after an appearance on Steve Harvey's show and spending his first day on set with none other than Zendaya! He tells us about the unique bond he has with his on-screen brother Angus Cloud, plus we play a game of "Would You Rather" and he reveals if he is Team Maddy or Team Cassie!