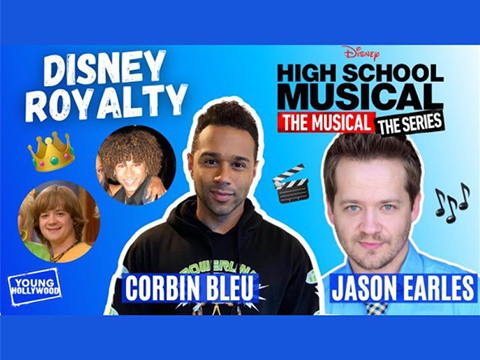 Once a Disney kid, always a Disney kid! We all grew up watching Corbin Bleu as Chad in the 'High School Musical' movies and Jason Earles as Jackson on "Hannah Montana", and now, all these years later, these Disney legends are introducing themselves to a whole new generation of fans thanks to their appearance in Season 3 of Disney+'s "High School Musical: The Musical - The Series"! Young Hollywood catches up with Corbin and Jason via Zoom to find out more about their experience jumping back into the Disney fray, including their observations of how the younger cast members reacted to their presence on set! They also explain the major differences between being a Disney star back in their day versus today.