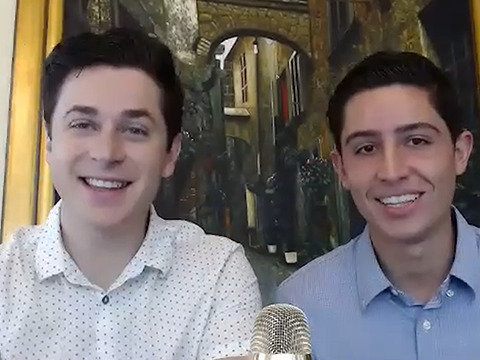 We first met and fell in love with David Henrie back when he graced our television screens as Justin Russo on Disney's "Wizards of Waverly Place". Now, David is working his magic in all new ways, as a writer and director as well as an actor! He makes his feature film directorial debut with BOLD Entertainment's 'This Is The Year', which also marks the first time he got to work with his brother Lorenzo! The two siblings both join Young Hollywood via Zoom to tell us more about this project, which was executive produced by David's old "WoWP" co-star Selena Gomez. They reveal how the feel-good vibe on set is reflected by the movie itself and how they relate to the themes of the film in real life, plus the scoop us on the innovative live premiere, and then they play a game of "Brother Tag" where they reveal which one of them is funnier, which one spends the most money, which one is most likely to be late to set, and more!