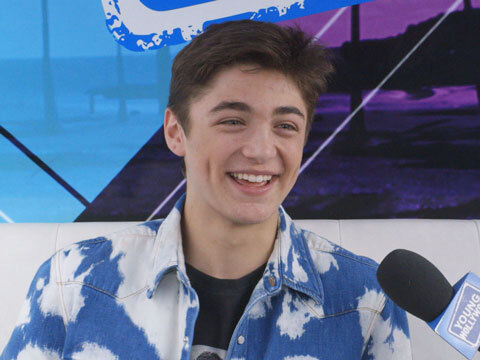 In just the last year alone, Asher Angel has starred on one of the most popular shows on Disney Channel, starred in one of the most successful superhero movies of the year, and released a collab with Wiz Khalifa... and he's not old enough to vote yet! We stan a multi-talented prodigy. The "Andi Mack" and 'Shazam!' star joins us aboard the Young Hollywood Tour Bus to tell us all about the process behind his single "One Thought Away" and how Wiz came aboard. He also reveals the surprising tidbit that he hasn't met Wiz yet -- their first meeting will be on the set of the music video for the song! We also chat about his boo Annie LeBlanc and how he loves to prank her, plus he tells us what's next for him on the horizon!