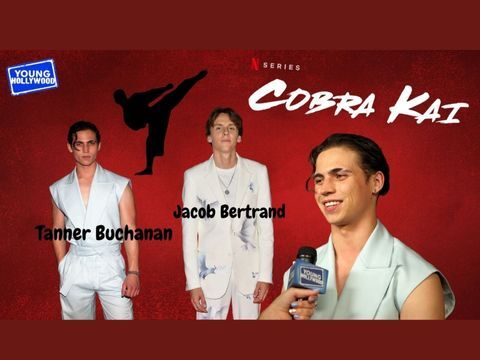 The kids of "Cobra Kai" have been karate-chopping their way into our hearts for 4 seasons, and now Season 5 is here to do just the same! Young Hollywood heads to the red carpet premiere of the hit Netflix series in Los Angeles where we catch up with two of our favorite ex-Cobra Kais, Tanner Buchanan (who plays Robby) and Jacob Bertrand (who plays Eli, aka "Hawk"), to find out more about what we can expect this season and breakdown their red carpet fits! Find out how long it took each of them to get ready and how they would rate each other's looks, plus Tanner tells us how his fighting skills have improved since Season 1, and Jacob give us his Top 5 faves! "Cobra Kai" Season 5 is now streaming on Netflix!