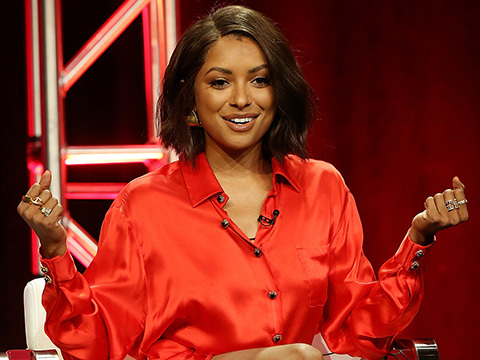 Young Hollywood sits down with the one and only, the glorious Kat Graham at Comic-Con to get the scoop on her voice-acting gig for Nickelodeon's "Rise of the Teenage Mutant Ninja Turtles" as the iconic April O'Neil! She explains the new, more modern take on the character, plus she tells us what she thinks the fans will love most about the show and shares some advice on staying positive!