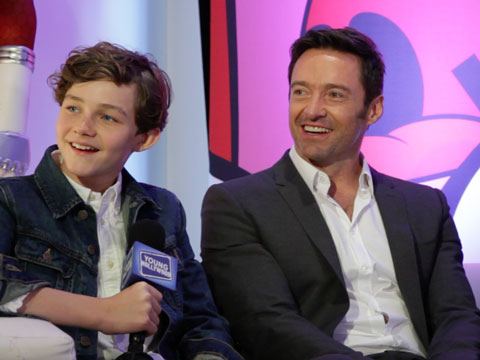 Neverland comes to San Diego as YH sits down with stars Hugh Jackman, Garrett Hedlund, Levi Miller, and director Joe Wright at Comic-Con to chat about their fantastical film 'Pan' and how the actors brought a fresh take to their respective iconic roles as Blackbeard, Captain Hook, and Peter Pan himself! The fellows also reveal the most childlike and most grown-up aspects of themselves in real-life and also what inspired them to get into the movie biz!