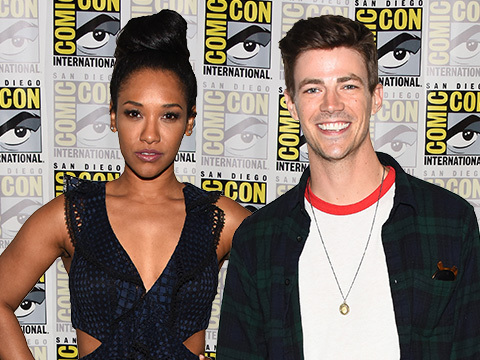 Young Hollywood gets out superhero fix and then some at Comic-Con when we catch up with the cast of The CW's "Tha Flash", including Barry Allen himself, Grant Gustin, as well as Candice Patton, Jessica Parker Kennedy, Hartley Sawyer, Danielle Panabaker, Danielle Nicolet, Carlos Valdes, and Tom Cavanagh! The actors tell us what tattoos they would get to commemorate their characters, plus they reveal where and when they would time travel to!