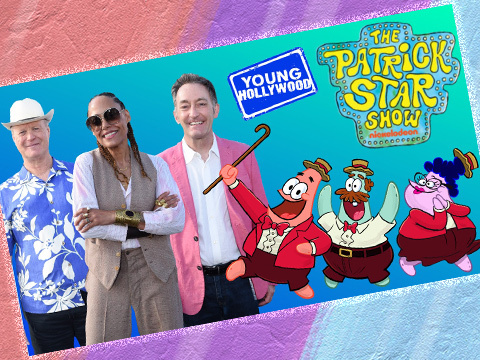 For far too long, that sponge who lives in a pineapple under the sea has hogged the spotlight, but now his BFF is getting his moment in the sun and becoming a LITERAL star with Nickelodeon's new "SpongeBob SquarePants" spinoff, "The Patrick Star Show"! Part variety show, part family sitcom, the new animated series focuses on a young Patrick Star living with his family, and Young Hollywood is catching up with the whole Star gang, including: Patrick himself, Bill Fagerbakke; 'Back to the Future' star Tom Wilson as Patrick's (real!) dad, Cecil; Jill Talley as Patrick's little sister Squidina; Cree Summer, whose voice you might recognize as Squidward's mom, now playing Patrick's mom Bunny; and Dana Snyder as Grandpat Star! Find out which actor recorded their voice-overs in their underwear, plus the cast reveal their character's favorite emojis and how the show will appeal to all ages!