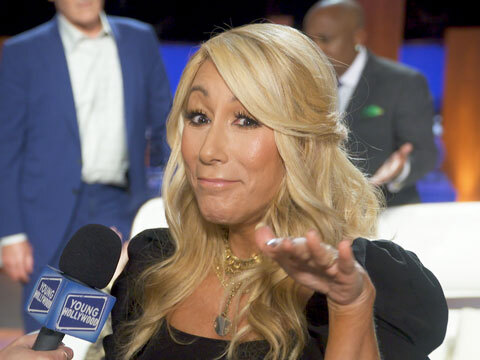 If there is one thing we have learned through 10 seasons of ABC's hit series "Shark Tank", it's that women are coming into their own in the business world and we are all about it! Championing that movement is none other than the Lady Shark herself, Lori Greiner, and Young Hollywood catches up with her on the set of the show to find out what is in store for Season 11! Sporting a rarely-seen pantsuit (which she makes herself!), Lori talks without us about what she feels is the most rewarding part about her job on the show and she also reveals the three biggest mistakes that entrepreneurs tend to make while pitching their idea. She also discusses that day's Guest Shark, 23andMe CEO Anne Wojcicki, and talks about the importance of female empowerment in the world of business. Plus, she teases how the season premiere of the show encompasses all these issues that she is passionate about!