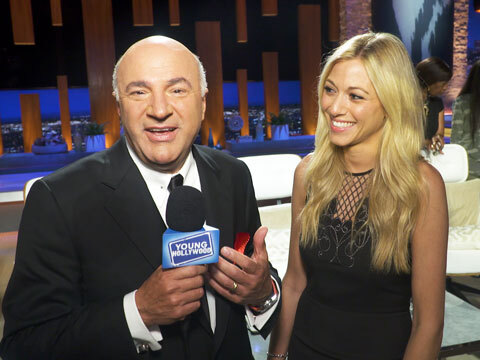 Business mogul Kevin O'Leary has been helping to launch businesses for entrepreneurs all over the country for the past few years, but is it time for him to launch his own music career?! Young Hollywood heads to the set of ABC's "Shark Tank" where we catch up with Mr. Wonderful himself while filming Season 11, and he serenades us in a bid to convince the world that he should be the next big rock star (preaching to the choir, sir!). Back to the business at hand, though, he talks about how the quality of pitches and ideas has only gotten better over the course of the show's decade-long run and reveals the one thing he's most proud of from his involvement with the show. Plus, he gives us some valuable pitch tips and tells us what the other Sharks have been able to learn from him!