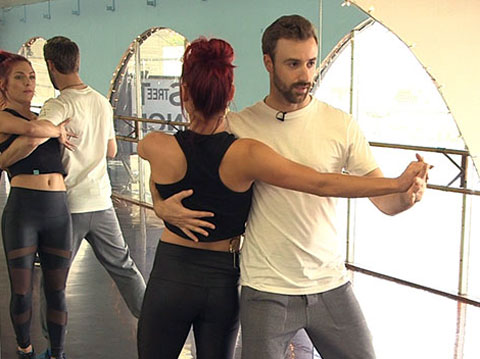 YH catches up with IndyCar racer James Hinchcliffe during rehearsal for his stint on "Dancing With The Stars" with his pro partner Sharna Burgess! He shows us what a typical day is like for a "DWTS" contestant, plus he talks a bit about the devastating crash which almost ended his career, and he also shows us how to do a classic dip!