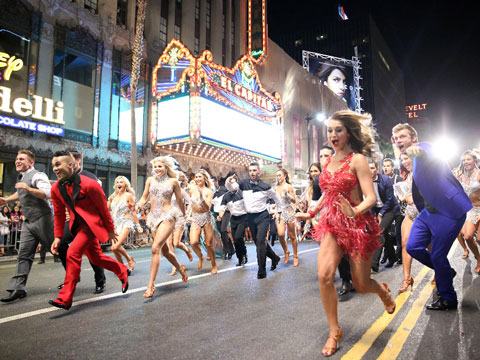 YH heads backstage at the ballroom of "Dancing With The Stars" as the celebs and pros get ready to kick off Season 21! We chat with wildlife expert Bindi Irwin and Derek Hough, singer Nick Carter and Sharna Burgess, American hero Alek Skarlatos and Lindsay Arnold, Triple Crown winner Victor Espinoza and Karina Smirnoff, singer Andy Grammer and Allison Holker, chef Paula Deen and Louis Van Amstel, actor Gary Busey and Anna Trebunskaya, and "Big Time Rush" star Carlos PenaVega and Witney Carson to find out their team names and what dances they are most looking forward to!