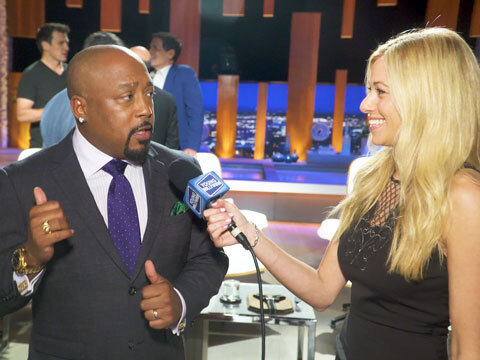 ABC's "Shark Tank" is back for its 11th season and a trail of successful businesses in its wake as proof of the phenomenal impact the show has had on aspiring entrepreneurs! One of the men who has helped change countless lives over the past decade is none other than Daymond John! Young Hollywood heads back into the tank with Chocolate Thunder himself, who gives us a fascinating (though quite possibly not true) story about how that alter ego came to be. He also discusses how the entrepreneurs that step into the Tank have changed and evolved over the past 10 seasons while also admitting that the ones who are not so legit have easily-spottable "tells". He also reveals the one industry he's not involved with yet which he would like to dip his toe into one day, plus he took a DNA test and it turns out he's 100% That Shark!