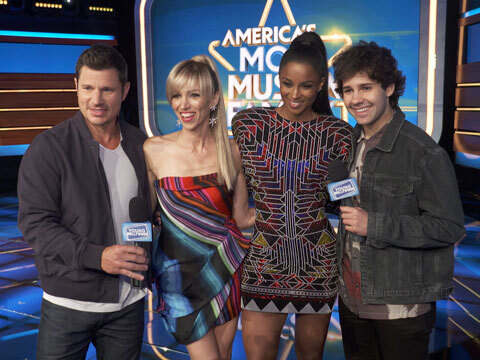 Families who music together stay together -- just ask the Partridges and the Von Trapps! Now, a new generation of talented relatives will get their moment in the spotlight thanks to Nickelodeon's competition series "America's Most Musical Family"! Young Hollywood heads to the set of the show to catch up with the very illustrious judges, including former boy bander Nick Lachey, singer Ciara, iconic pop legend Debbie Gibson, and YouTuber David Dobrik! The formidable foursome look back on their own careers, including when they first realized they could make a career out of their voices, plus they reveal the alternate careers they would have pursued if the whole singing thing ended up not working out. Find out which one would have become a professional Uber driver!