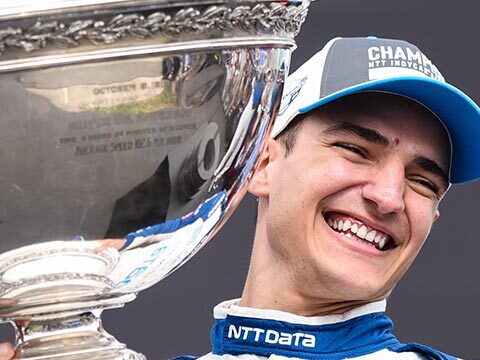 After a long and eventful 6 months, the 2021 NTT IndyCar Series has finally wrapped up and the results are in -- this year's champion is none other than 24-year-old Barcelona native Alex Palou! In only his second year participating in this series, Alex finishes with a whopping 549 points and 3 individual race wins under his belt, making him the first-ever IndyCar champ from Spain! Young Hollywood catches up with Alex via Zoom following the final race in Long Beach to get his thoughts and feelings, share some fried chicken, and get a peep at the Astor Cup and his brand new shiny championship bling! He also shares his thoughts on being teammates with an icon like Jimmie Johnson, plus we play a Game of Firsts to find out Alex's first car, first job, the first person he texted after his win, and more!