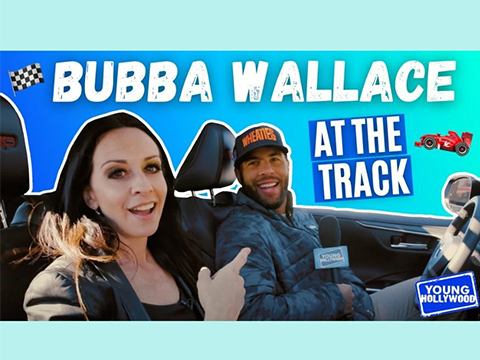 The NASCAR Cup Series is back at the Auto Club Speedway in Fontana, CA, for the WISE Power 400, and Young Hollywood is there as well to get all the scoop from the one, the only, the Bubba Wallace! We catch up with Bubba at the race track to chat about being a new member of Michael Jordan's 23XI team and also about his compelling Netflix documentary 'Race: Bubba Wallace', which highlights the fact that he is the only full-time African-American competitor in all 3 of NASCAR's national series. He reveals to us what he's like on the road when he's not competing on a track and how he unwinds after a big race, plus we find out what music he listens to to get himself hyped up and we do a little chalk drawing!