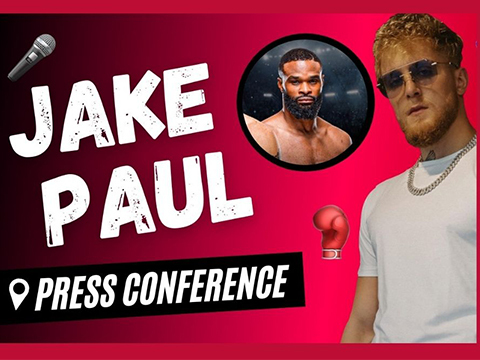 YouTube star Jake Paul has made quite a formidable second (or third?) career out of boxing of late, and now he finds himself going up against none other than UFC champ Tyron Woodley! Ahead of their upcoming Pay-Per-View bout in Cleveland, Young Hollywood catches up with Jake backstage following his and Tyron's joint press conference to promote the fight where he reveals that his fit for the big match will be a total game-changer! He also teases whose music he might make his walkout to, plus he shares some helpful advice he received from his brother Logan prior to the press conference and talks about the crazy tattoo-related bet he made with Tyron!