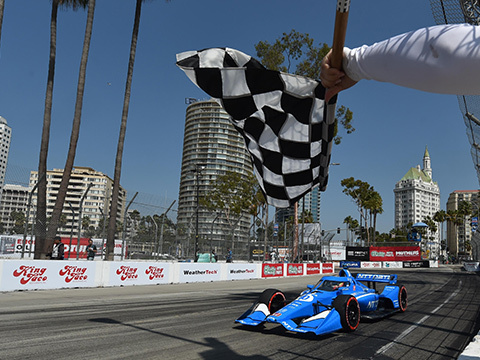 Coming into the final race of the 2021 NTT IndyCar Series at the Grand Prix of Long Beach, the points leader was Spanish racer Alex Palou, the favorite to win the entire series in only his second season racing for IndyCar! Young Hollywood caught up with Alex just prior to the GPLB, which was his first ever appearance in Long Beach, to get a sneak peek inside his team trailers, share some coffee (he's a part-time coffee shop owner, btw), and discuss his now infamous post-win celebration ritual! He also shares his thoughts on coming in second to Helio Castroneves at the Indy 500 (and what he learned from it), plus he tells us about being a part of Chip Ganassi Racing!