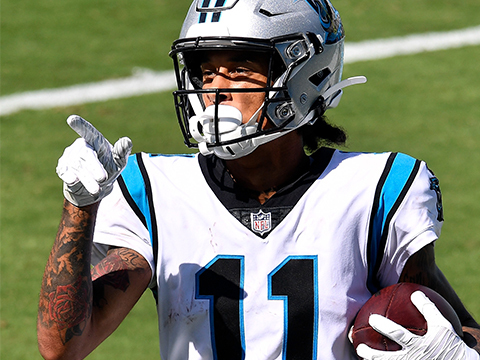 Carolina Panthers' Robby Anderson Spills The Tea on His Teammates

Slowly but surely, life is returning to some semblance of "normal" in certain areas during the pandemic, like major league sports. The NFL is doing their part to get their players back on the field and some good ol' American football back in people's living rooms! Young Hollywood catches up with Carolina Panthers wide receiver Robby Anderson via Zoom to get more insight into what's going on behind the scenes these days and his own personal experiences before and after the quarantine, such as A LOT of online shopping and what it's like to play in stadiums with no one in the stands. He also gives advice to struggling college football players, plus we play a game of Teammate Tag with him to find out which of his fellow Panthers is the funniest, has the most cars, gets everyone the most hype in the locker room, and more!