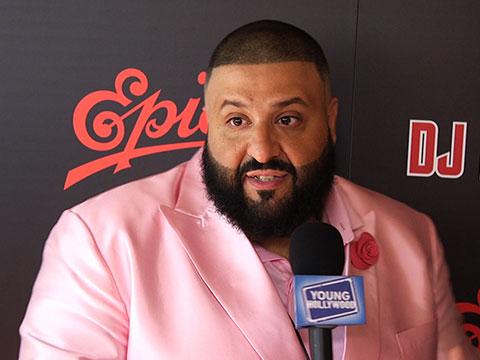 Why DJ Khaled & Chance the Rapper Love Each Other

YH is on the scene at the Beverly Hills Hotel where DJ Khaled has called a press conference to announce the title of his 10th studio album, which is... [drumroll]... 'Grateful'! Also on hand for the occasion are Chance the Rapper and Sean "Diddy" Combs as well as the album's executive producer, AKA Khaled's adorable son Asahd! Khaled tells us the inspiration behind this album and why it means so much to him!