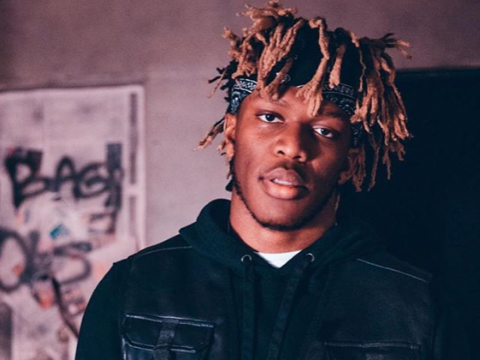 KSI: From Gaming Nerd to YouTube Star to Working with Rick Ross

In the Internet Age, anything is possible--and we don't just mean being able to chat with artists remotely during the Quarantine! We also mean the endless possibilities for creative individuals to express and make names for themselves, and nobody embodies this phenomenon more than Olajide Olayinka Williams Olatunji, better known to his millions of fans as KSI! Young Hollywood chats with the rapper via Zoom to get the scoop on his debut album 'Dissimulation', which includes his poppin' single "Poppin" feat. Lil Pump & SmokePurpp, and reflecting on his incredible journey to stardom that started over a decade ago when he was just a humble gaming nerd on YouTube! He also explains how his infamous boxing match against fellow YouTuber Logan Paul--and subsequent victory--helped both his YouTube and music career, and lead to amazing opportunities like working with the legendary Rick Ross! Plus, he reveals who he hopes is listening to his music, who he would like to box next, and we drop some mind-blowing stats on him!