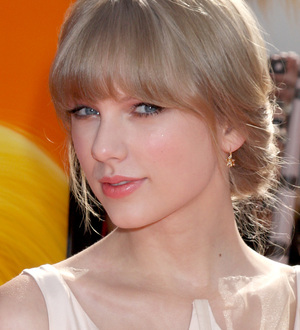 The star's tune won two trophies at the prizegiving earlier this month (12) and it was believed to have been inspired by Swift's experiences with bullying in high school.

However, Swift has now set the record straight, revealing the lyrics were born from a much different place.

She says, "A lot of people think that I wrote the song about being in bullied in high school and when the song went out into the world it kind of became that. But I actually wrote the song about a critic who kept giving me really bad reviews. Like nothing ruins your day more then a bad review. And then like there's the scathing review, which is kind of past constructive criticism and it's more into like, I hate you territory, which is mean. And it really got me down. Like I started feeling low...

"Because I do get my feelings hurt. You don't ever really get thick skin for that sort of thing, well I don't at least.. and the only way I could get myself to feel semi- better about it was to sing... this song called Mean and then it won two Grammys. And now I feel better."

However, the Love Story hitmaker is glad the song struck a chord with fans and became a powerful anti-bullying anthem.

She adds, "It's not really about him (the music critic) anymore. It just went out into the world and became such a bigger thing when I got fans sending me videos saying, 'Thank you so much, high school is easier for me now.'"

Everything Is Awesome Again at LEGOLAND California With New LEGO Movie World Addition!
Biggest Highlights of the 2021 Emmy Award Nominations!

Biggest Highlights of the 2021 Emmy Award Nominations!
TV FROM AROUND THE WORLD: "Wellington Paranormal" (New Zealand)

Everything You Need To Know About Nick's New Animated Series "The Patrick Star Show" & "Middlemost Post"!
Our 4 Favorite Recipes By TikTok's The Pasta Queen!

Our 4 Favorite Recipes By TikTok's The Pasta Queen!