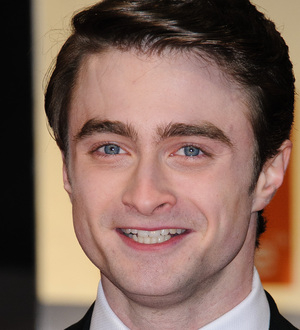 Daniel Radcliffe has continued his support of the gay community by starring in a new anti-bullying public service announcement.

The Harry Potter star has long been dedicated to raising awareness of the Trevor Project, a non-profit group dedicated to crisis support for gay, lesbian, bisexual and transgender youngsters, and he was awarded the organisation's Hero Award in New York in 2011 after two years as an unofficial spokesperson.

The actor has now appeared in a new TV campaign, which aired on Tuesday (21Feb12), to urge young people to seek help if they're suffering at the hands of bullies.

In the announcement, Radcliffe says, "I'm Daniel Radcliffe, and I believe that reaching out for help is the bravest thing a person can do. If you are struggling and need support, call the Trevor Lifeline... It's free and confidential, and trained counsellors are there to listen 24/7 without judgment."