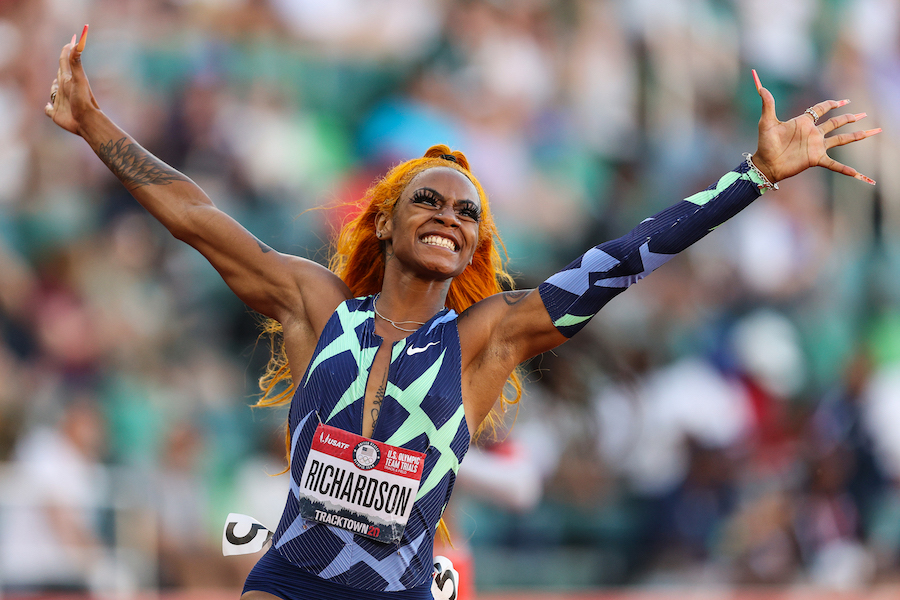 At the Olympic track and field trials in Eugene, Oregon, a woman bolted past the finish line during her 100-meter race with a blaze of fiery orange hair billowing behind her. After her victory with a time of 10.86 seconds, she looked into the camera and told NBC, “I want the world to know that I am that girl.”

And that girl was Sha’Carri Richardson.

SHA'CARRI RICHARDSON IS GOING TO THE TOKYO OLYMPICS!!! #TrackFieldTrials21pic.twitter.com/M23mFqnxSq

Based on her winning time, we know that Sha’Carri officially earned her spot at the Tokyo Olympics this Summer. Let’s take some time to meet the new Olympian and learn everything we need to know about her!

Sha’Carri was born and raised in Dallas, Texas. She graduated from Dallas Carter High School and got accepted into Louisiana State University as a student athlete. She was on LSU’s track and field team and even set a record!

Sha’Carri sported her breathtakingly bright orange hair at the Olympic trials, but that’s not the only cool color she’s worn! At the USATF Golden Games, Sha’Carri had bright blue hair that made her stand out on the track.

3. Her girlfriend helped pick out her orange hair!

Sha’Carri told USA Today that she let her girlfriend pick out her hair color for the trials and that “it just spoke to her, the fact that it was so loud and vibrant.” Sha’Carri has a loud and vibrant personality, so her supportive girlfriend knew the perfect color to match!

4. She lost a loved one right before the big race.

Sha’Carri’s biological mother sadly passed away only a week before the Olympic trials. Sha’Carri shared in post-race interviews that her family has stuck by her side and supported her through the tough loss, especially her grandmother, whom she calls her superwoman. It’s clear to see that the apple doesn’t fall far from the tree. Our superwoman, donned with full sets of lashes and nails, is heading to Tokyo with her sights set on the gold.

Do forget it. But in case you do, she'll remind you.