Will Ferrell & Zooey Deschanel’s ‘Elf’ Reunion Is The Joy We Need Right Now! 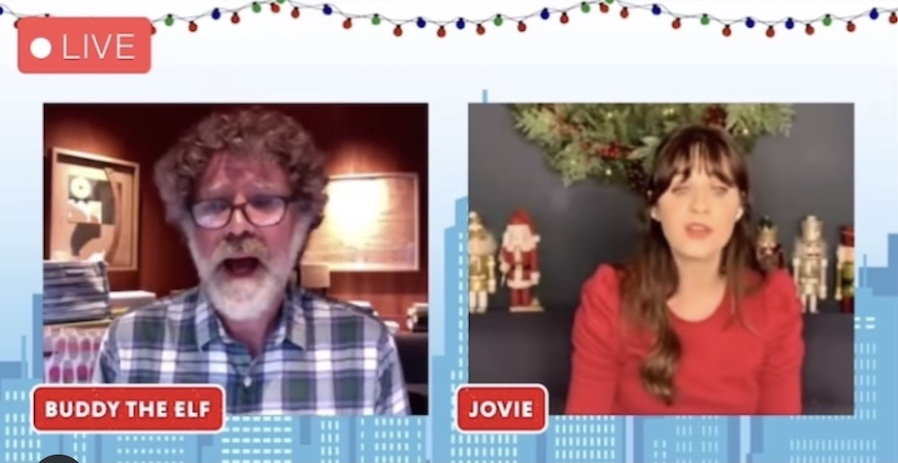 "The best way to spread Christmas cheer is singing loud for all to hear."

That’s the third tenet of The Code of Elves, and arguably the most important one. There’s just something joyful about Christmas music, whether you listen to it starting in July or you wait until after Thanksgiving. And this year, we could use all the joy we can get. Fortunately, we got an extra strong dose, courtesy of Buddy the Elf and Jovie themselves.

On December 13, the cast of the iconic Christmas film Elfreunited for a live reading of the movie’s script to raise money for the Democratic Party of Georgia. All proceeds went toward efforts to elect Jon Ossoff and ReverendRaphael Warnock and flip the U.S. Senate. Naturally, the reunion was full of memorable moments, but really, we just needed one.

While not all of the original cast members returned for the reading, bothWill Ferrell and Zooey Deschaneldid, and they were able to recreate one of their most beloved moments of the film, singing “Baby, It’s Cold Outside” once more (but not in a department store locker room this time). Buddy might be a bit scruffier than we remember him, but he still gave his whole heart to the performance, and is as pure and endearing as ever.

Clearly, fans thought the same, and by the end of the night, the cast and the event organizers had surpassed their goal to raise $400,000, raising a grand total of $402,966.

While you’re enjoying that reunion, it’s fun to ponder this tidbit as well: this duet wasn’t initially part of the film. The musical moment was only added after Deschanel was cast, meant specifically to show off her pipes. Deschanel has told EW in the past, "One actress they were looking at was good at skateboarding.” And really, as fun as it would’ve been to see Buddy trying to figure out skateboarding in New York, his duet with Jovie is irreplaceable.

It, along with the updated version we got this year, is enough to make Santa’s sleigh fly for generations to come.