Why You Should Be Watching Netflix's "The Get Down"! 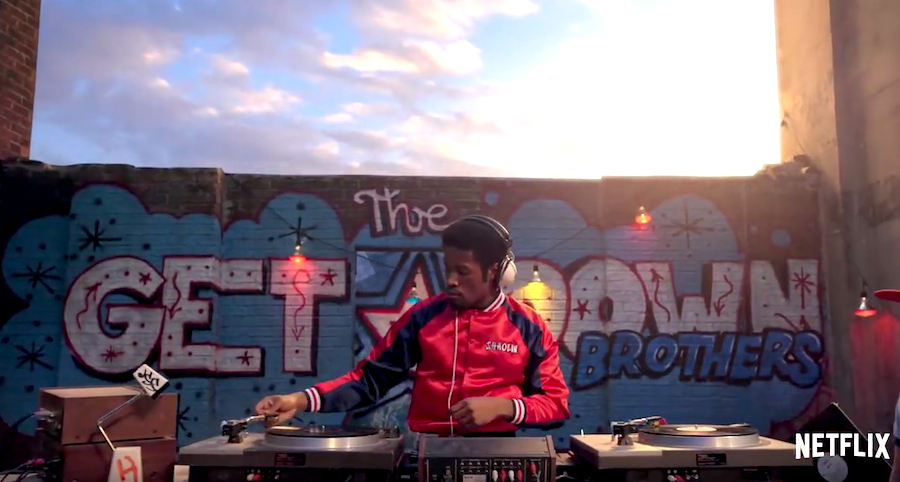 Netflix has done it again with another SMASH HIT original series. “The Get Down” is set in the South Bronx just as bankruptcy has fallen over the city. The story follows a group of young people who find their way through the power of music. Baz Luhrmann created the show, along with Grandmaster Flash as an associate producer, who is also portrayed on screen. The show is extremely educational on how disco and hip-hop came to be.

Here are 3 reasons why you should tune in!

If you are fan of '70s classics, you’ll love this show. There were no drum machines back in the day to help create the perfect sound. Knowing when a break would happen on a record was key. As they say on the show, "young grasshopper, you must arrive and depart." You must learn how to be in the present, but keep your mind on the future -- a few episodes in this should make sense. #purplecrayon

There’s something that is different about a show when it is actually shot in the location it is set in. "The Get Down" was filmed in many locations around NYC, including the Bronx itself. In many shots, you will see actual train footage from the '70s with graffiti.

There are so many great people on this show, including our front man Justice Smith, whom you may recognize from Papertowns. The show also stars Shameik Moore, Jaden Smith, Giancarlo Esposito, Herizen F. Guardiola, Skylan Brooks, Mamoudou Athie, Tremaine Brown Jr., and many more. They all bring something different to the table, whether it is the art of graffiti or scratching on a record without actually scratching it, they portray it to a tee.