Why Netflix's "Alias Grace" Should Be Your Next Binge-Watching Obsession! 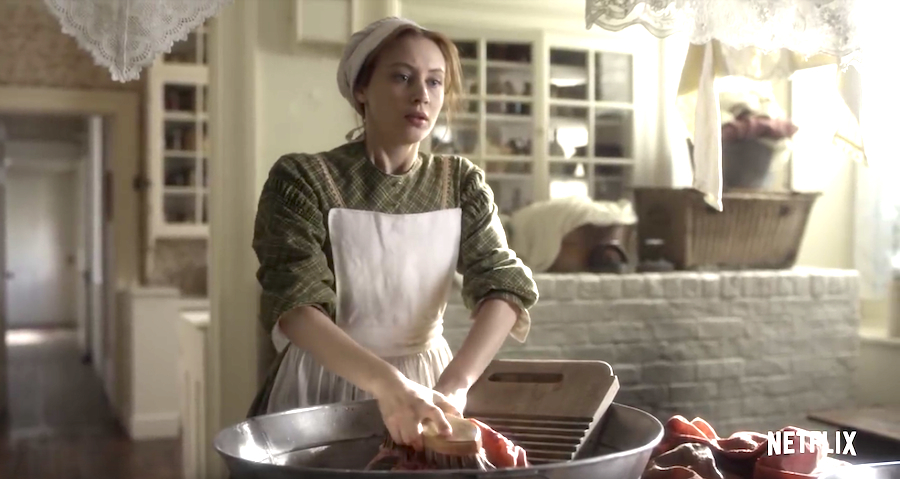 With so many shows to binge all at once, it can lead to easily running out of content to watch. Back in the day, we had to wait to watch one episode a show every week. Thankfully, Netflix is a treasure trove that has so much more to offer than just "Stranger Things" and "House of Cards".

Netflix, as an American platform, has generally been pretty U.S.-centric up until recently; the platform has now added a vast amount of international programming. Although most American shows seem to be shot in Canada these days ("Riverdale", for example), we tend to ignore much of the content produced by our neighbor to the north. ("Degrassi" doesn’t count. We love Drake, but even he lives in Calabasas and has a dad from Memphis.) Luckily, thanks to Netflix, we no longer have to be ignorant to amazing Canadian content as they picked up the CBC original "Alias Grace" and brought it to our attention.

"Alias Grace" is a show that has received quite a bit of buzz since it was released on Netflix on November 3. It has not enjoyed the same cult-like following that its sister programs have garnered, but it has a lot going for it:

- It is based on a novel by Margaret Atwood, just like Hulu's Emmy-winning adaptation of "A Handmaid's Tale".

- It is directed by Mary Harron, who is perhaps best-known for helming American Psycho.

- The book was adapted by actress/writer/producer/director Sarah Polley, whose previous adaptation creds includes the script for 2006's Away From Her, which was nominated for an Oscar. Not too shabby!

"Alias Grace" is heavy-hitting and focuses on elements of Canada’s history that aren’t so pleasant (we guess no country is perfect after all… sigh). It tackles subjects such as immigration, discrimination, murder, and the role of women in the 19th century. Grace (Sarah Gadon) is an Irish immigrant in 1859 Canada who is in prison for double murder. Her case is sensational, and she has become widely known and chastised. A psychiatrist named Dr. Jordan (Edward Holcroft) visits Grace, and if his report on her is positive, she could again be a free woman. She recounts her harrowing life story for Dr. Jordan, and so the details of the murders come to light for the viewer. Like "A Handmaid's Tale", the show has a firm feminist tone that is very current regardless of the fact that it is set nearly 150 years ago. It shows Grace battling crippling misogyny and living a life of duress as a servant leading up to the murders.

The show has been compared to a fusion between "Downton Abbey" and Silence of the Lambs, which is indeed a very apropos description. We think this could just be your next Netflix obsession!