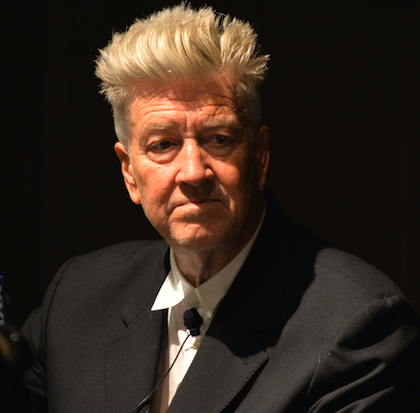 Bad news for fellow fans of “Twin Peaks” who have been eagerly waiting for the reboot that was due out next year -- David Lynch has left the production due to Showtime not giving “Twin Peaks” enough money in their budget to fulfill Lynch and co-creator Mark Frost's vision for it. So, without Lynch’s involvement as a director, the show is on hold for the moment, but the main question out there is: Does Lynch really need to be the one to direct the show? I don’t think so.

Okay, before somebody tracks me down and tosses my lifeless body in a lake à la Laura Palmer, go grab some black coffee, a slice of pie, and hear me out. We live in a completely different world than we did in the early-'90s (thank goodness), which is mostly because of the movies, TV, and music that came out at that time. At this point in independent cinema, occasionly in mainstream films, and especially music videos, there is more of Lynchian vibe going around than every before, so it isn’t that far of stretch that somebody new could take over Lynch’s directing duties. If it was a music video director, like, say, Hiro Murai, who is more than used to making bizarre music videos with great production value and Lynchian type of things going on in them, all on a tight budget, then I think it could work. Murai is also looking to branch out into narrative filmmaking. If you’ve never heard of Murai and are skeptical of his directing chops, I’ve got a couple of music videos to show you. Both have definite Lynchian visuals and one even takes place in what Lynch believes to be the most surreal place on Earth: the suburbs.

Is there anybody else that could fill in for Lynch? Absolutely! Some more established directors out there that may or may not have had a career if they never saw a Lynch movie would be David Fincher, Richard Kelly, Rian Johnson (who directed what is debatably the best episode of “Breaking Bad”, which is debatably the best TV drama of all time), and even Edgar Wright could pull something like this off. Like Murai, though, there is a hotbed of little-known filmmakers raised on Lynch’s aesthetic that could easily step up to the plate and knock this “Twin Peaks” reboot out of the park if they were given a chance.

At the end of the day, what does the future hold for the “Twin Peaks” reboot? As mentioned before, it is on hold for now; I’m sure Lynch and Frost are in negotiations with Showtime to get the money they need to do the show right. Hopefully, they get it, but if getting a new director will help cut costs and allow the “Twin Peaks” duo to still be involved, then why not give somebody else a shot?

Here’s to hoping that “Twin Peaks” can come back. Until then, enjoy one of Murai’s best and most simple music videos: