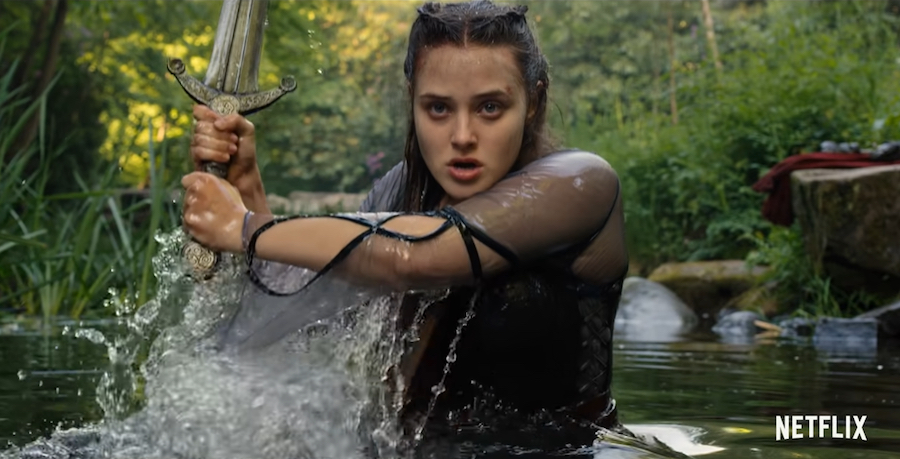 Our beloved "13 Reasons Why" star, Katherine Langford, is transforming into an Arthurian heroine for Netflix’s upcoming dark fantasy, "Cursed". And it’s everything we could ask for and more! The series is guaranteed to be equal parts steamy, intense, and adventurous as it brings Medieval lore to life. And if you’re dying for more details before its premiere, we’re here to fill you in!

The series is based on the graphic novel of the same name, written and illustrated by Frank Miller (Sin City) and Tom Wheeler (Puss In Boots), respectively. The pair took inspiration from some old Arthurian tales and imagined them from the perspective of Nimue, and in 2019 it was announced that it would be adapted into a Netflix series. Based on the legend of the “Lady Of The Lake”, Nimue is a young woman with some mystical powers that she has to get a hold of as she leads the fight against the Red Paladins. In her quest, she finds herself entangled in a romance with King Arthur.

So now that we’ve got you hooked with an incredible plot, let’s take a look at the cast who will be bringing some of these characters to life. Starring alongside Katherine Langford as Nimue, we’ll see Devon Terrell as the legendary King Arthur. Terrell is no stranger to portraying national leaders, having played Barack Obama in the 2016 biopicBarry. We’ll also see Gustaf Skarsgård ("Vikings") starring as Merlin, the famous Arthurian wizard. And although we’re not sure what kind of spin the creators may have put on the characters, we can be certain that there are going to be some all-around excellent performances from this main cast.

If you’re sitting around like us, waiting for your next binge, don’t worry. You won’t have to wait much longer. All 10 episodes of "Cursed" will be available to stream on Netflix on July 17! Be sure to add it to your watch list now so you don’t miss it!