Was Taylor Swift Inspired By 'The Last Letter From Your Lover'? 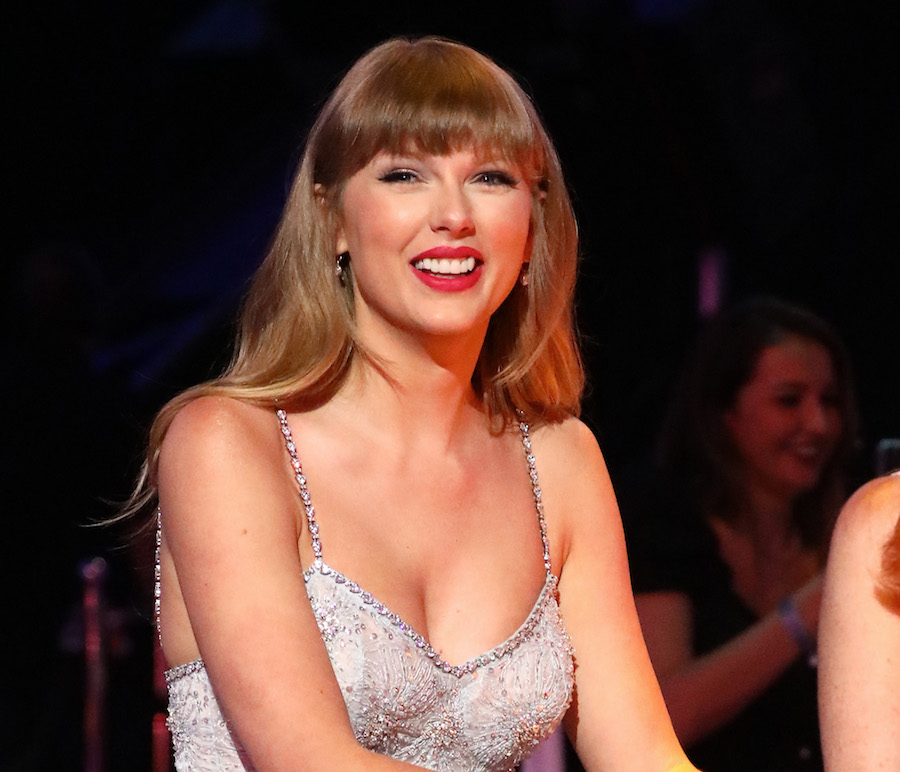 Netflix recently released the new romantic drama The Last Letter from Your Lover starring Felicity Jones, Shailene Woodley, and Joe Alwyn (Taylor Swift's boyfriend of many years), and fans (including myself) are all over social media trying to find out if Taylor herself was inspired by the film. Many of the songs on her folklore and evermore albums allude to the very same love affair that happens in the movie. Some pretty hard-core investigative work is going on on Twitter, and we are here to decipher which songs could possibly be movie-inspired!

We’ve just passed the one-year anniversary of folklore and some brand new theories are coming to light. The new Netflix film, The Last Letter from Your Lover, follows the forbidden love affair between a married woman (Shailene Woodley) and an English journalist (Callum Turner) while the ever-so busy husband and prominent businessman (Joe Alwyn) is constantly away for work. British actor Alywn just so happens to be dating music sensation Taylor Swift, and was named as a collaborator on both folklore and evermore.

Die-hard fans of T-Swift caught wind of the new movie and very quickly found many similarities between the story on-screen and the stories woven into Swift’s whimsical latest two studio albums. For starters, the romance between Jenny and Mr. Boot is described as an "illicit affair". Sound familiar? Well, that’s because Taylor wrote a song with that exact title on folklore, with lyrics like:

“And that's the thing about illicit affairs

And longing stares/It's born from just one single glance”

I mean, is that not the exact situation going on between our two protagonists?!

Now, this next song is SO spot on, it simply cannot be a coincidence. T-Swift’s song "ivy" from her evermore album tells the story of a married woman having an affair with a lover who not only is helping her sneak around her husband, but he has met and been in rooms with said husband. I mean... we basically just listened to the whole plot of the movie (except there’s really SO much more you must watch). Some noteworthy lyrics are:

I'd live and die for moments that we stole

On begged and borrowed time

So tell me to run

Or dare to sit and watch what we'll become

And drink my husband's wine”

Beautiful British journalist Mr. Boot quite literally drinks Jenny’s husband’s wine at their first meeting when he is to write a piece on Mr. Sterling. Drinking the clueless husband’s wine? Check. Begged and borrowed time? Check and check. Telling your lover to run away with you? Check. The evidence is all there -- who do we have to call to get Taylor to confirm it?!

ARE U REALLY GONNA TRY TO TELL ME THAT @taylorswift13 DIDNT WRITE ILLICIT AFFAIRS/IVY ABOUT JOE’S NEW MOVIE “The Last Letter From Your Lover”???

The similarities don’t end there, folks. Fans have pointed out plenty of details from the film that point to Swifty herself. For instance, the P.O. box famously used by Jenny to exchange her love letters with Mr. Boot? It is labeled as P.O. Box 13, which also happens to be Taylor’s lucky number that she uses as an easter egg in her own music constantly.

um ms @taylorswift13 i have some questions.. i just watched the last letter from your lover 1) they called it an illicit love affair 2) the po box was #13 !!? 3) the directors name is Augustine .. and i feel like the one and ivy relates perfectly to this film

The director of the film is named Augustine Frizzell. Taylor has a song called "august" on folklore, and has referred to the song as a piece of the love triangle between James, Betty, and a second girl. It's sung from the perspective of “the other girl”, who she has been referred to as August/Augustine/Augusta.

While we can’t say for sure if Taylor was inspired by the film, it’s safe to say that there are some glaringly obvious similarities. As more people watch the film, I am more than positive that the Tay-lurkers will find even more hidden gems. I know I’ll be on the lookout.

Have you found any links between Taylor’s music and The Last Letter from Your Lover?