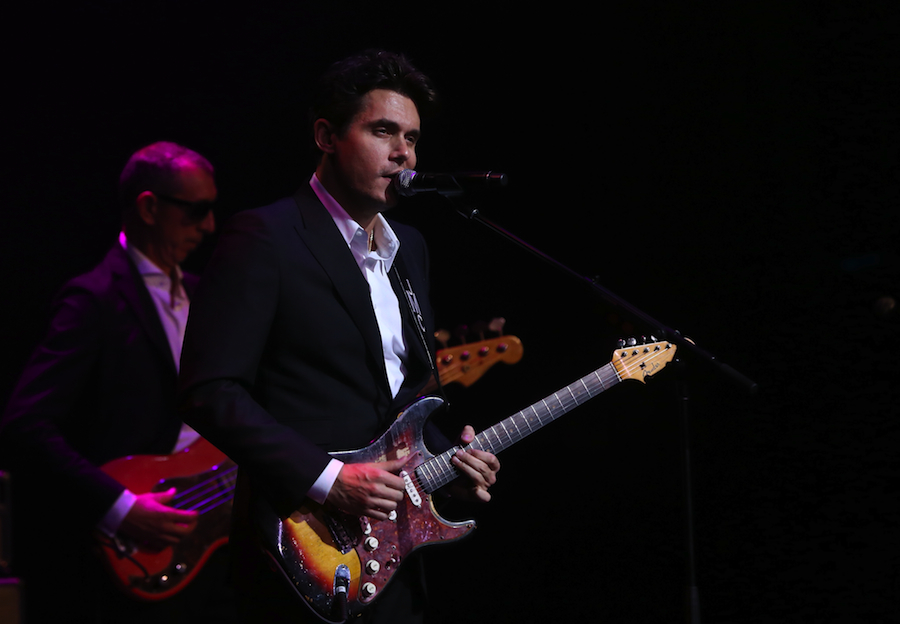 John Mayer fans, rejoice! Your favorite crooner just released his four-song EP, The Search for Everything: Wave One, and he sounds better than ever. It’s hard to believe that it has been 4 years since he released Paradise Valley, but whenever he does release a new song, he never disappoints and it's well worth the wait. The four tracks on this EP are from his upcoming 7th studio album, The Search for Everything -- due to his busy touring schedule with Dead & Company (Mayer + the remaining members of The Grateful Dead), John decided to release the album four songs at a time instead of making us wait forever for the full album. Fine with us! So while we eagerly await The Search for Everything: Wave Two, let's go ahead and break down Wave One track-by-track!

1. “Moving On and Getting Over”

The EP begins with a punchy yet somewhat upbeat song featuring instrumental guitar music in the background. The song is about learning to let go of a relationship and explores the idea that moving on and getting over someone are two separate ideas. Something that I think many can relate to.

Favorite lyric: “I still can’t seem to get you off my mind / Moving on and getting over are not the friends they used to be / Tell me I can have the fact you loved me to hold onto...”

“Changing” begins with a more moving tone featuring John Mayer’s vocals and his piano playing but later progresses into a more upbeat song featuring him on vocals, an electric guitar, drums, and piano. The song is about recognizing change, recognizing how things change, and examining how he has changed himself.

Favorite lyric: “Times been talking to me, whispering in my ear / Hearts keep changing / I may be old and I may be young but I’m not done changing...”

This song (the first single off the album/EP) has more of a mellow and softer tone to it backed with guitar instrumentals. It tells the tale of a couple enjoying their weekend getaway together. #romancegoals

Favorite lyric: “Can’t believe I get to see your face / You be the DJ, I be the driver / I want you, baby, like you can’t understand...”

This "whistful" song (see what I did there?) would be great for the opening of a romantic comedy. John Mayer is featured whistling the tune, and later, as the song progresses, he’s joined by violins and then changes back to vocals. The song explores the nature of relationships, love, and how, if you’re lucky, you can find one’s immortality through their heart. SWOON...

Favorite lyric: “Parts of me were made by you, and planets keep their distance too / You’re gonna live forever in me, I guarantee its you’re destiny / Life is full of sweet mistakes and love’s an honest one to make...”

We think it was totally worth the wait to hear his new music, and we can't wait to hear more! In the meantime, check out his Official Website for when and how to catch him on tour between EP releases!