The "WandaVision" Trailer Is Finally Here! 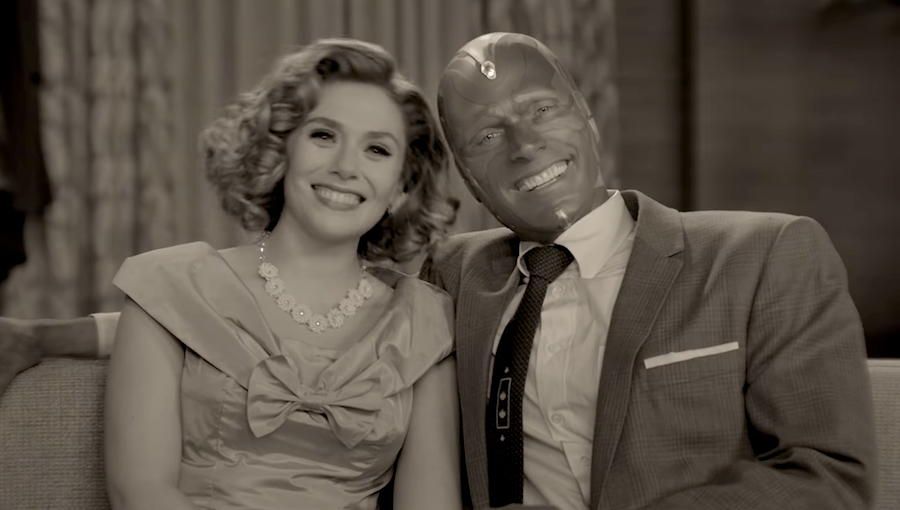 Just last week, Disney+ released a teaser of all the new additions to the platform’s catalogue for the Fall season. Fans quickly noticed footage from “WandaVision” in the teaser, although the show was not listed on the #ItsfALLonDisneyPlus schedule. So, the questions arose, when is the Marvel original series premiering?

The mystery was (kinda) solved during the 72nd Emmy Awards on Sunday (September 20) when the official trailer for the series dropped!

“WandaVision” is bringing back Elizabeth Olsen and Paul Bettany for a miniseries all about their Marvel characters. You may be wondering, how did Vision came back if he died in Avengers: Infinity War? As seen in the trailer, even Kathryn Hahn’s character hilariously asks if she’s dead as she encounters Vision. While the most definite answer at the moment is, we have to wait and see, Marvel comics fans believe that Wanda has constructed her own reality.

A constructed reality can explain the changes within the “WandaVision” timeline. We can see the characters shift from the '50s to the '80s and finally to present day. With all the constant shifting in time and reality, we are also introduced to new characters (and a few existing MCU characters make a comeback). In addition to Kathryn Hahn, we will also see Captain Marvel’s Maria Rambeau (portrayed by Teyonah Parris) all grown up. Better yet, the miniseries is expected to set up the course for the Doctor Strangesequel!

COVID-19 may have delayed a lot of films and series, including MCU’sBlack Widow and “The Falcon and the Winter Soldier”, but thankfully we are still getting a new story to follow! Although “WandaVision” doesn’t have an official release date set, we can likely expect the series to arrive to Disney+ this December, so stay tuned!