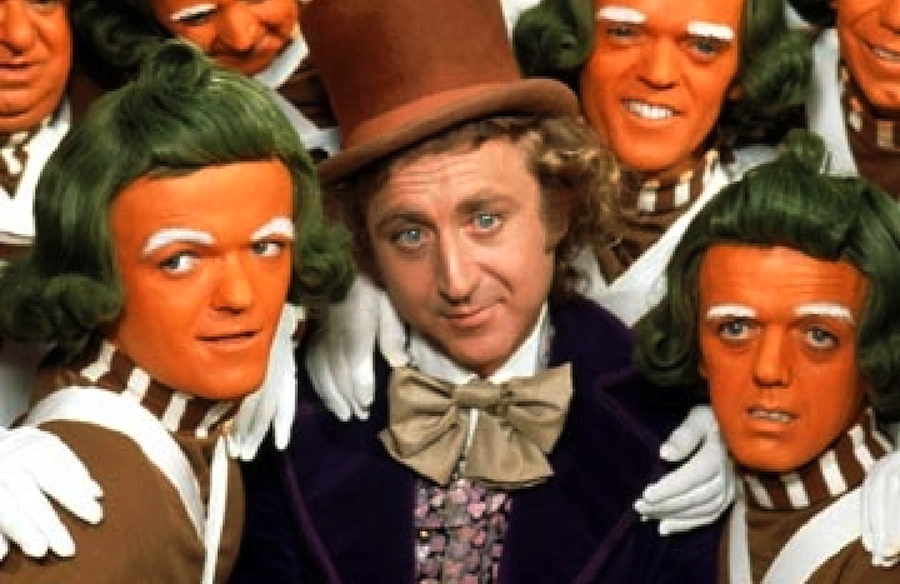 It’s tempting to start things out by saying that the world is a little less funny now that Gene Wilder is gone, but that is simply not the case. His impact in the field of comedy and in the lives of his millions of fans will never cease to be felt. We have his movies, to be sure, but even if every piece of film that had the honor of containing his presence was burned, we would still not be without Gene Wilder and the comedy he brought to the world. I have no particularly great insight into who this man was or how he worked. All I can say is that, whether he was in the midst of a great panicked rage or just sitting down and silently reflecting, he was funny. A small smile from Mr. Wilder or a suspicious glance could easily level you and have you gasping for breath. In his quieter moments, there was such a softness to his voice, as if he was about to read you a touching bedtime story. This one quality would come in handy with his most iconic role, but more on that later... His best bits are untouchable and timeless. They will never not be funny. Below are two scenes from two of the greatest comedies of all time, and I offer them without commentary because why the heck would you need me or anyone else to explain why they’re funny?

And then there was Willy Wonka. I, like many of you out there, grew up watching Willy Wonka and the Chocolate Factory. It’s an amazing film filled with imagination and it is largely fueled by Wilder’s genius performance. As children, we were always interested in magical things and people, and with Wonka, we certainly got our share, but there was something noticeably different...

There was an edge to Wonka that you never really got with other fantastical characters up until that point. Sure he was funny and whimsical, but he got annoyed easily and he seemed to favor sarcasm in place of sweet platitudes. He’s a figure of pure imagination but certainly not a figure of pure perfection. The magic is there, but it’s weathered and slightly flawed. We wanted to be Willy Wonka, and in the end, you found out that no matter what personality blemishes you might have, that it was possible. You could be Willy Wonka, because he was just like us with all the flaws and quirks that make up so many of us. If you wanted that magic, it was yours, provided that underneath it all you had a good heart.

Gene Wilder delivered that idea to us along with many other gifts. He was a brilliant man and I hope I can speak for everyone when I say: thank you, Gene Wilder, for all that you did.