The Great Minion Debate: Which Side Are You On?! 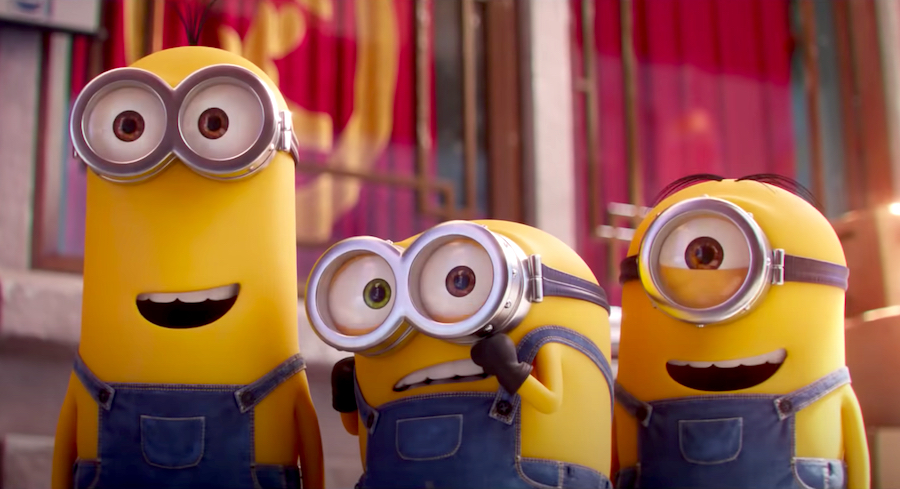 Ever since the release of Despicable Me in 2010, the Minions have become quite the cultural phenomenon. The goofy yellow creatures quickly dominated the market with their faces plastered on products of all kinds. Everywhere you turned, the Minions were there. Toys, clothing, bedding, toothbrushes, watches, and tennis balls are just a few of the products that have been seized by the Minions.

12 years and 5 movies later, the effects of the Minions seem to have waned very little. In fact, with the release of Minions: The Rise of Gru today (July 1), the Minion movement is picking up steam once again.

Although many people, specifically children, love the Minions for their delightful antics, there are many others who have been rather vocal about their dislike for the Minions. While the vast overmarketing of the characters is most likely the root of the problem, disdain for the Minions quickly spun out into a mass anti-Minion movement. There are seemingly endless tweets, tumblr posts, and more that spew Minion hatred in a hilarious way.

pineapple on pizza gets too much hate imo. there are far worse yellow things in this world. minions, for example

IT HAS BEEN TWELVE YEARS SINCE THIS FUCKING MINION NIGHTMARE DESCENDED UPON US. HOW LONG, OH LORD. HOW LONG MUST WE ENDURE.

There are even multiple viral videos pertaining to people’s riotous hatred for the Minions.

Therein exists what I call the Great Minion Debate. People seem to either love the Minions or hate them with very little in-between. As a former Minion hater-turned-Minion fan, I can understand both sides of the argument. There are many pros and cons for both teams.

The most obvious vice of the Minions is their unfailing commitment to evil. Minions canonically gravitate toward and serve the most evil villain at any given point in history. Thus, they are responsible for wars, genocides, and more. An infamous tumblr post by user exeggcute even discusses this specific issue.

And just like always, people love to make jokes about it.

One may assume that the Minions' apparent war crimes are the main reason for such visceral Minion hatred, but this is actually a minor problem for those who truly want to see the Minions burn. Perhaps the simplest reason for Minion hatred is that they’re annoying. The constant blabbering with no seemingly discernable words except for the occasional “banana” and “underwear” can be tiresome to listen to. Furthermore, seeing the Minions everywhere you go certainly tires one out even more. Do Minions really need to be on everything?

While the Minions do receive hate, some warranted and some unwarranted, they also have some redeeming qualities. First of all, they make children laugh. Children find these yellow beings to be absolutely adorable and delightful. They are the definition of “family-friendly fun”. Furthermore, the Despicable Me franchise is simply entertaining. Now, this is a subjective opinion, but keep in mind that I used to be a part of the anti-Minion movement. However, after being forced to see Minions in 2015, I was surprised to find that I actually enjoyed the film. And, in their own awkward way, the Minions are kinda cute. Some Minion fans make good points in their questioning of why others hate the Minions.

The Great Minion Debate may never reach a resolution in this lifetime. People could very well argue about the Minions until the end of all eternity. However, even with so many Minions haters, I doubt we’ll see an end to the franchise any time soon.

So, are you with the Minions? Or are you against them? The choice is yours.

Minions: The Rise of Gru is now in theatres!