"The Good Place" Writer Megan Amram Shows You How To Get Nominated For An Emmy! 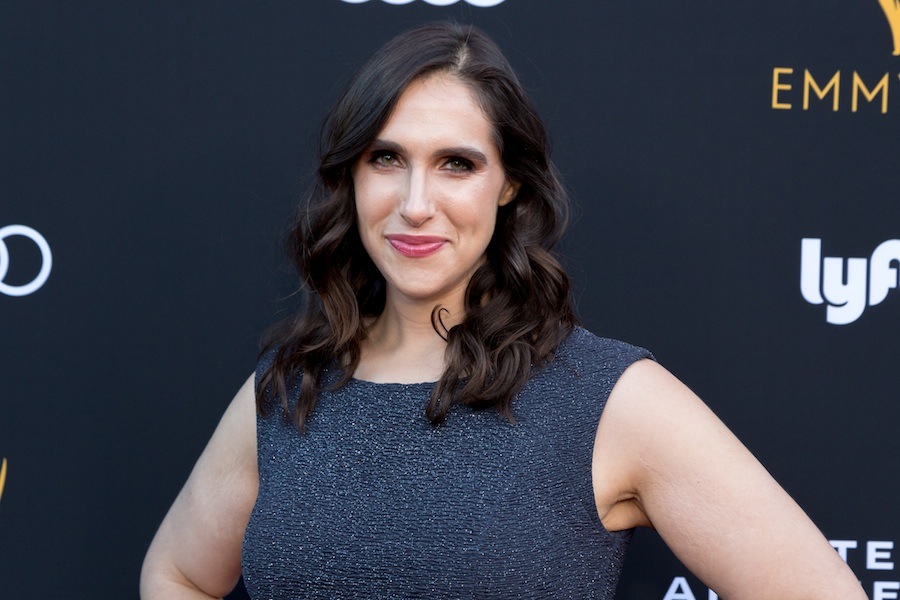 So, here is the deal -- there is a woman out there named Megan Amram who wanted to win an Emmy Award (don’t we all?), so she decided to literally make a webseries called "An Emmy For Megan", in which she attempts to meet the minimum requirements for an Emmy nomination and convince people that she is worthy of the honor. If you were to pitch this idea around, most people would probably think this is, at best, a one-day viral Facebook video, but the joke would be on them: Amram got nominated for not one, but two Emmys this year!

Even though she didn’t take any home, she made one thing clear: Megan Amram is not going anywhere.

In her new webseries, Amram plays an exaggerated version of herself in a miniseries that is specially tailored to make her classify as an Emmy contender for Outstanding Actress In A Short Form Comedy Or Drama Series (for which she eventually got nominated, along with Outstanding Short Form Comedy or Drama). In it, she goes through the minimum requirements (and I mean minimum -- just take a look at Episode 4) to be considered for the award.

“I’m actually blown away at how many people have been like, ‘Megan, do you actually want an Emmy or is this like a big joke?’” Amram said in an interview withVice News. “And I’m like, 'No, of course it’s not a joke, of course I want an Emmy.'”

The series consists of six episodes, each with a duration of less than seven minutes, in which Amram explores the way to win her candidacy for the Emmys. She tries acting, getting in shape, bringing in diversity, and learning a musical skill. What is brilliant about this show is the way Amram executes it. Even though it is a scripted show, there are moments where you question whether you are in on the joke or if the joke's on you.

The first episode centers around Amram explaining that, while watching the previous year’s Emmys and seeing the aforementioned category, she thought to herself, “I could win that.” Hence, she decided to create and star in her own webseries that complies with the rules to enter the competition, which included uploading it by April 27, 2018, containing at least 6 episodes, and for it to be scripted. The episode then follows Amram getting drunk and trying to deal with the fact that she might not be the best actress around to win the award, only to be consoled by her friends, Bryan and Allison.

Even though it can be easy to forget, behind Amram’s act of dizziness and absurdity are cameos from big stars like Jimmy Kimmel, J.J. Abrams, and RuPaul to remind us that she is no rookie in this business. If fact, Amram has enjoyed some quiet success over the past 8 years, having written for shows like "Parks and Recreations", "Silicon Valley", and currently on the NBC show "The Good Place". On top of that, she is a Harvard graduate and the author of a book.

It would be easy to look at this series and toss it aside. The way in which Amram plays her character is sometimes downright absurd. It is that kind of show where you need to be down for the ride, because if you resist too much, it might make you not like the show. Everything is meant to look and seem so terribly bad that it takes a second take to fully realize the brilliance behind it. From Amram’s ditzy, ever-smiling acting, the jokes, and guest stars to the hilarious plot-twist on the last episode, the series is a comedy goldmine waiting to be discovered by audiences.

If you haven’t yet, head to Vimeo to watch Amram’s wonderful little series. And, if you want to win an Emmy of your own and need motivation, you can turn to Amram’s show to realize the first thing you needed to do to get nominated for an Emmy is to literally ask.