The Emmys Taking Steps In The Right Direction! 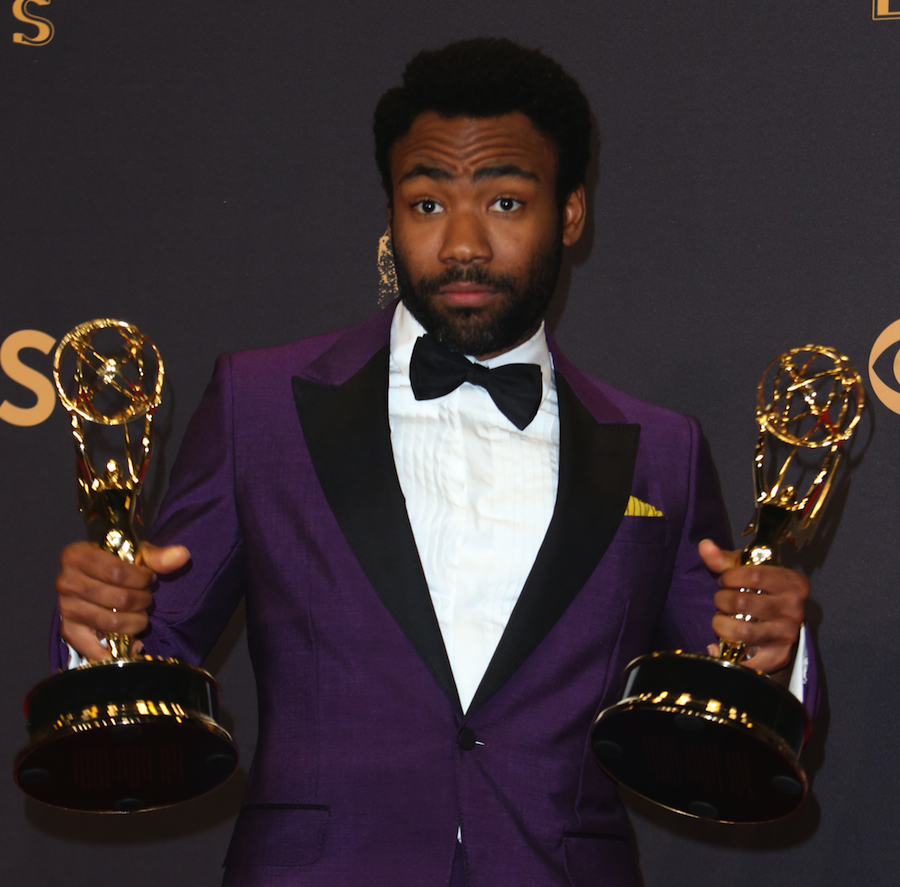 I heard someone refer to this year’s Emmy Awards as being “very 2017”. No explanation for that needed, really. Every year, more of an emphasis is placed on diversity in Hollywood, and every year there seems to be more progress made, for the better. This year in particular felt more inclusive than ever, with many persons of color populating acting categories, women nominated for writing and directing, and shows themselves that tackle relevant issues being recognized. Because of this, this year’s winner’s list seemed to spread the wealth in a way we haven’t seen in a very long time.

- “The Handmaid’s Tale” was the big winner of the night, taking home 6 awards including honors for star Elisabeth Moss (no surprise there), as well as Supporting Actress Ann Dowd (totally deserving but no less shocking considering she was up against the likes of Uzo Aduba, Thandie Newton, and fan favorite Millie Bobby Brown) and director Reed Morano. The Hulu series ultimately reigned supreme as the Best Drama Series as well, sealing the deal on their dominance this season. Although I can’t help but wonder… If “Game of Thrones” had been eligible for the Emmys this year, would “The Handmaid’s Tale” have still won? I would certainly like to think so, considering “The Handmaid’s Tale” tackles many of the same issues which, let’s face it, “Game of Thrones” has a pretty spotty track record with… So to watch the HBO show once again win in a year that gave us something as profound and expertly handled as the Hulu series (which included females behind the camera, something GoT hasn’t had in like 3 seasons) would just feel… regressive.

- Also no slouch in the Drama categories was HBO’s “Big Little Lies”, which gripped the nation when it debuted earlier this year. Out of its 8 nominations last night, it took home 5 awards, including Best Limited Series, Best Directing (Jean-Marc Valleé), and acting nods for Nicole Kidman, Alexander Skarsgard, and Laura Dern. Now, I admit I did not see “Big Little Lies”, but I did see Ryan Murphy’s “Feud”, which was up against “Big Little Lies” in pretty much every category, and which I thought was a shoe-in. But alas… Again, it might come down to the HBO series being more “2017” than “Feud”, which portrayed the legendary rivalry between Golden Age actresses Joan Crawford and Bette Davis… Not exactly “current”, some would say, but I disagree, as Ryan Murphy’s show dealt with issues that are more relevant than ever today, such as female relationships and ageism in Hollywood (very meta, actually!). But domestic abuse is a pretty worthwhile topic too, and as Nicole Kidman said in her acceptance speech, if her winning shines a light on the issue, then the work did its job. I guess I know what I’ll be binging later this week…!

- NBC’s “This Is Us”, which has had viewers in perpetual tears since it’s debut a year ago, came into the night with pretty much its entire cast on the ballot (except for Justin Hartley… poor Justin!), and at least one of them came away a winner – Sterling K. Brown, who, incidentally, probably had the best acceptance speech of the night. Too bad he was completely cut off at the end… (SHAME!)

- “Stranger Things” was basically shut out, which isn’t wholly tragic but nonetheless surprising considering how universally beloved it seemed to be. Even the glorious David Harbour was no match for John Lithgow, who beat him out for Best Supporting Actor for his role as Winston Churchill in “The Crown”. “Westworld”, which has been dubbed “the next ‘Game of Thrones’”, came away empty-handed as well, so… not so much?

- On the lighter side of things, AKA the Comedy categories, FX’s “Atlanta” and “Saturday Night Live” were tops this year. Both cases could very well be yet another result of the “2017” theme of the evening… Donald Glover became the first African-American to win an Emmy in the Best Directing for a Comedy series category, and he had even more to celebrate when he won for Best Actor. (Despite this, the show itself still lost out to “Veep” for Best Comedy Series.) Meanwhile, “SNL” had a banner year thanks in large part to cast member Kate McKinnon and frequent guest star Alec Baldwin (both also winners this year) and the show’s brilliant handling of the craziness occurring in our country of late. It just goes to show that in the midst of chaos, laughter is so very vital.

But of course the most important aspect of last night’s Emmy was… the fashion! The trends for this year seemed to be silver and white, sequins and feathers (feathered skirts in particular), and an art deco silhouette, as conveyed by the likes of Laverne Cox, Sarah Paulson, Zoe Kravitz, Laura Dern, Sofia Vergara, Susan Kelechi Watson, Uzo Aduba, Anna Chlumsky, as well as Tracee Ellis Ross and Priyanka Chopra, who both attempted to combine ALL these elements in one! 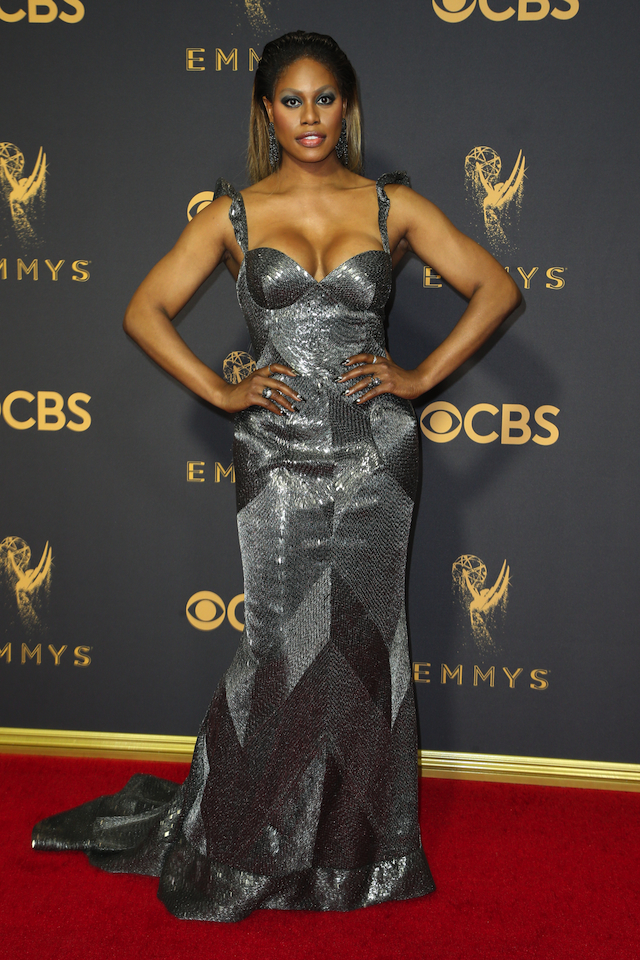 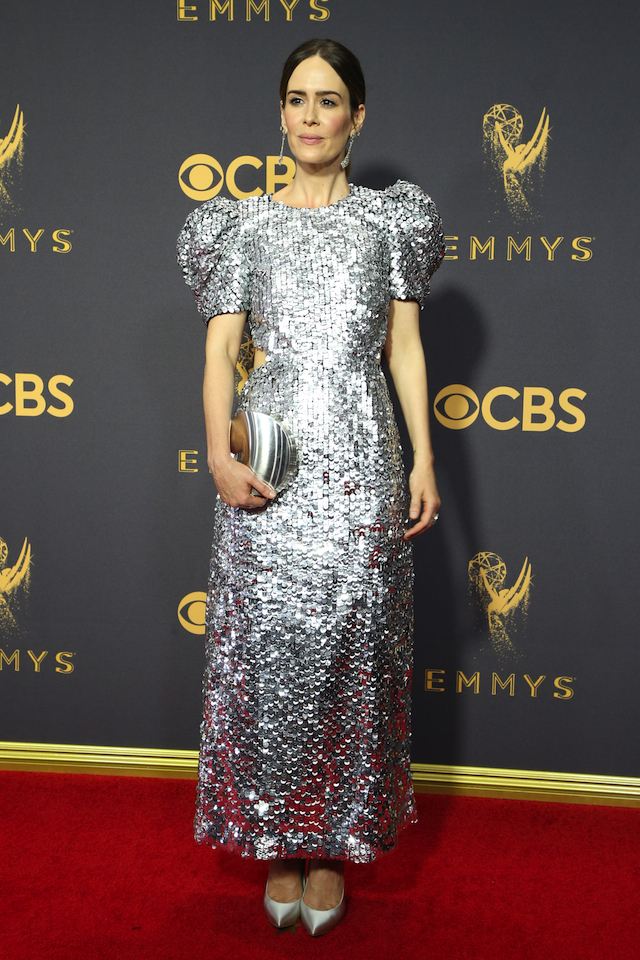 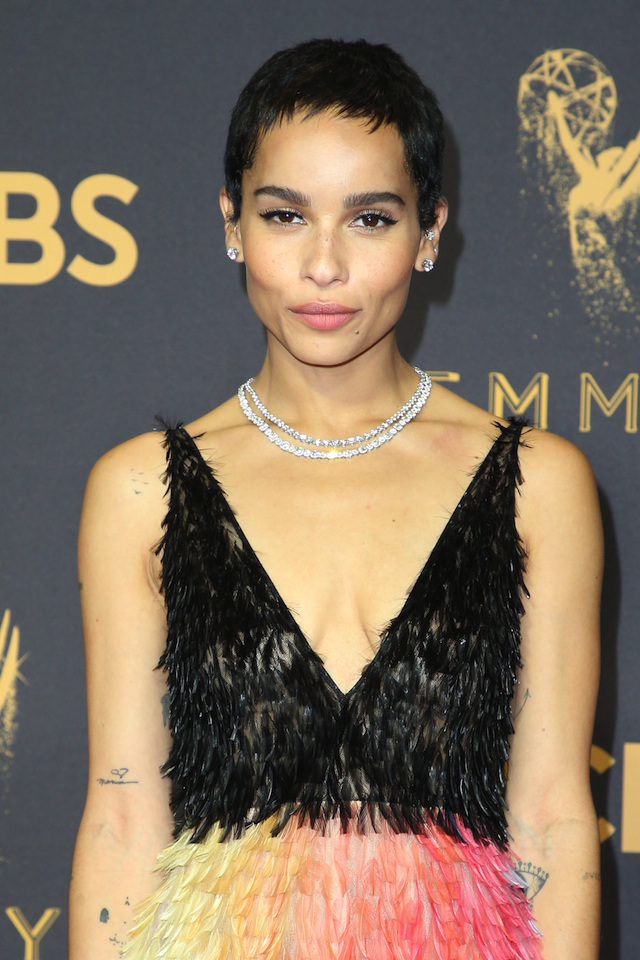 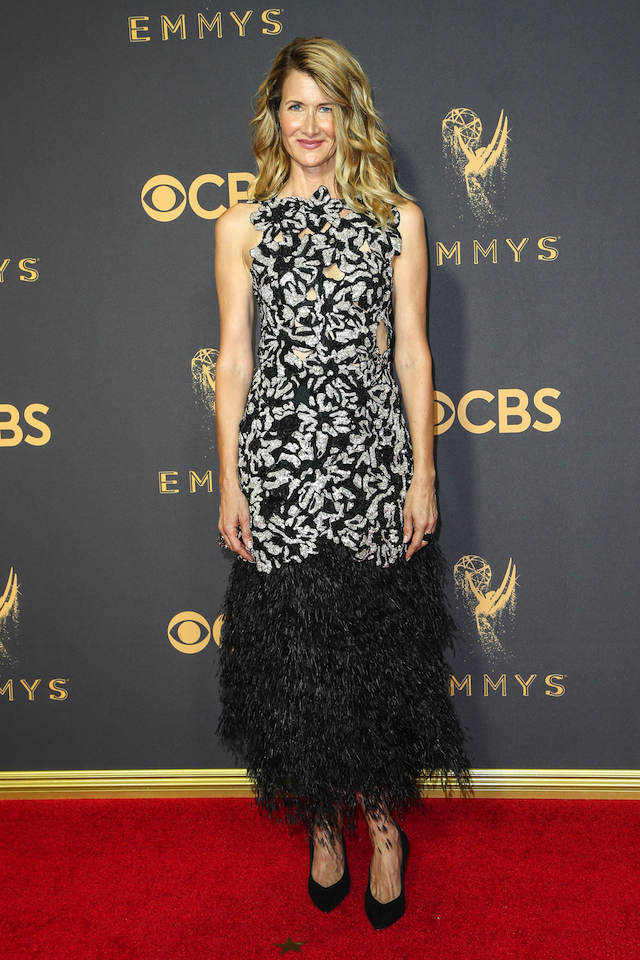 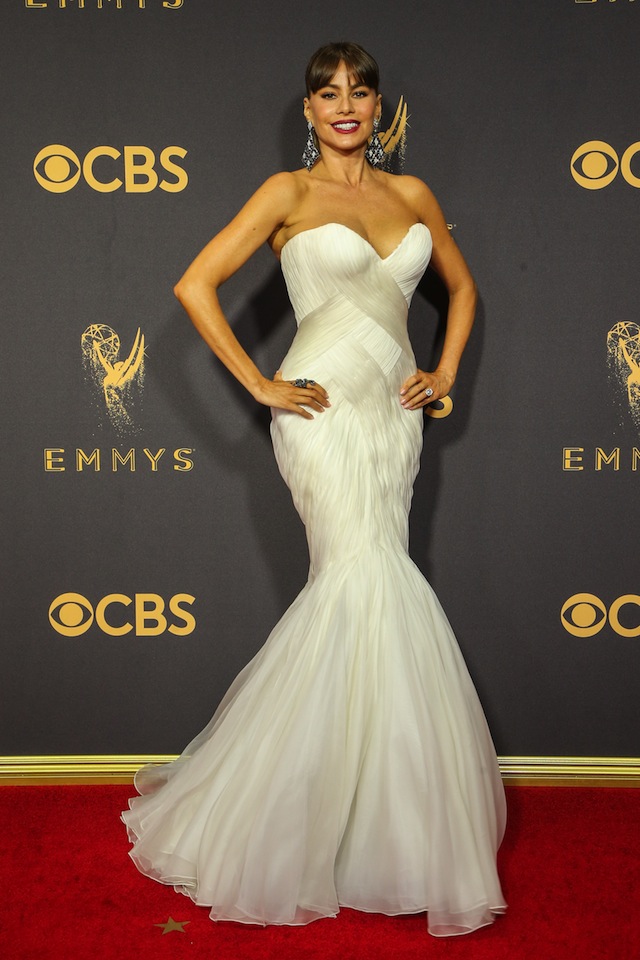 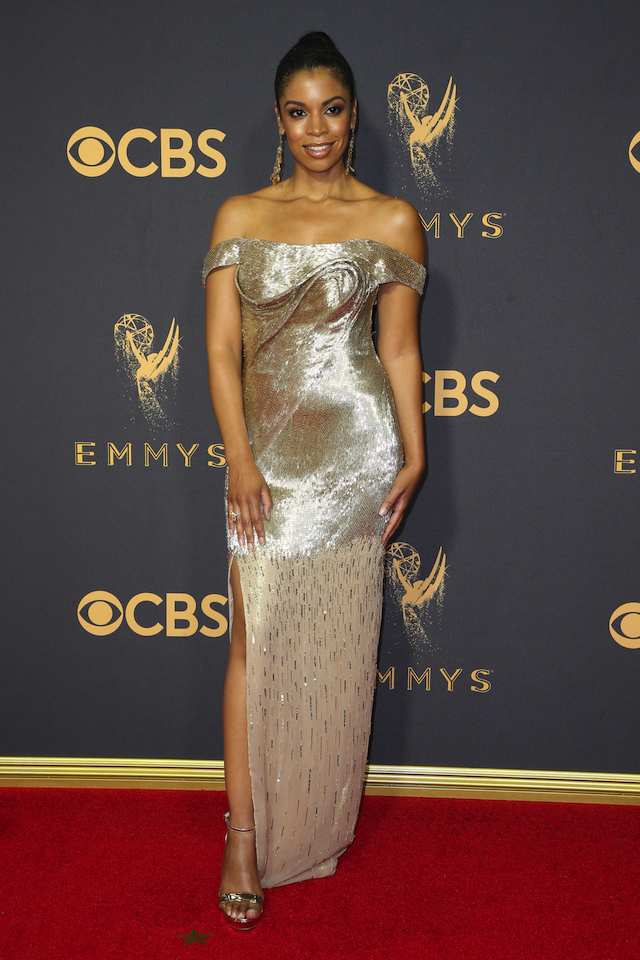 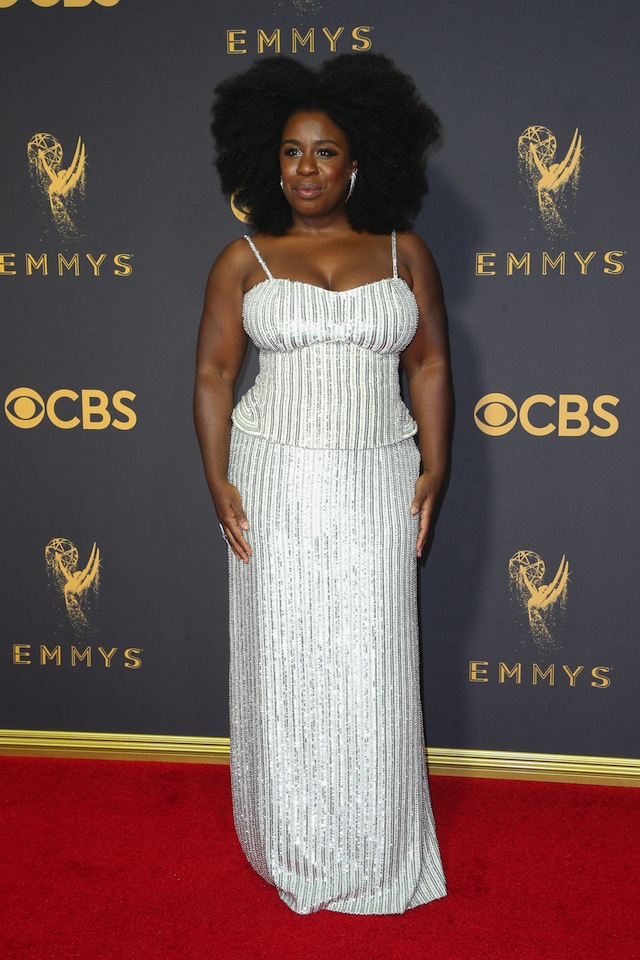 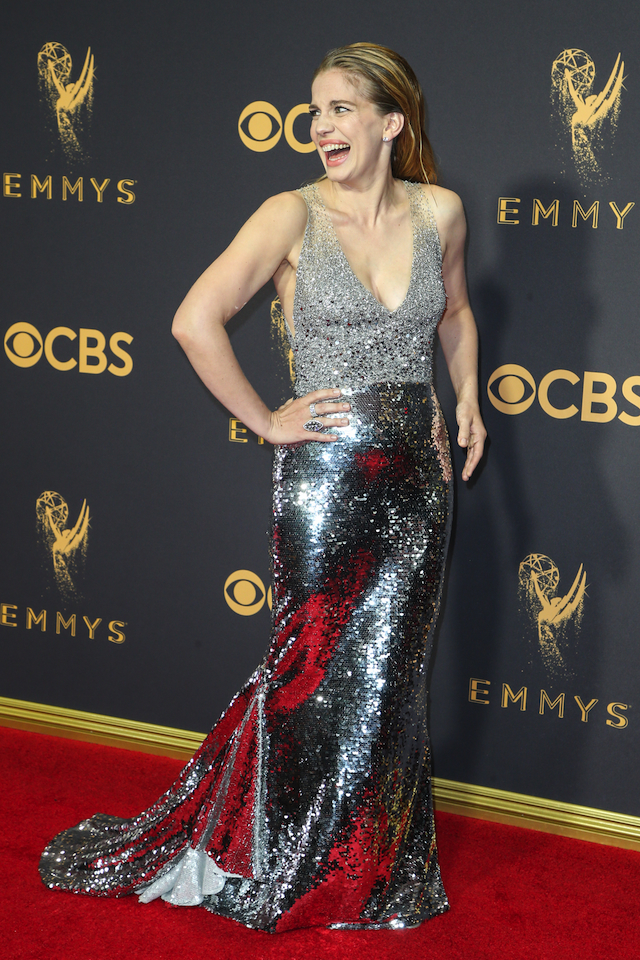 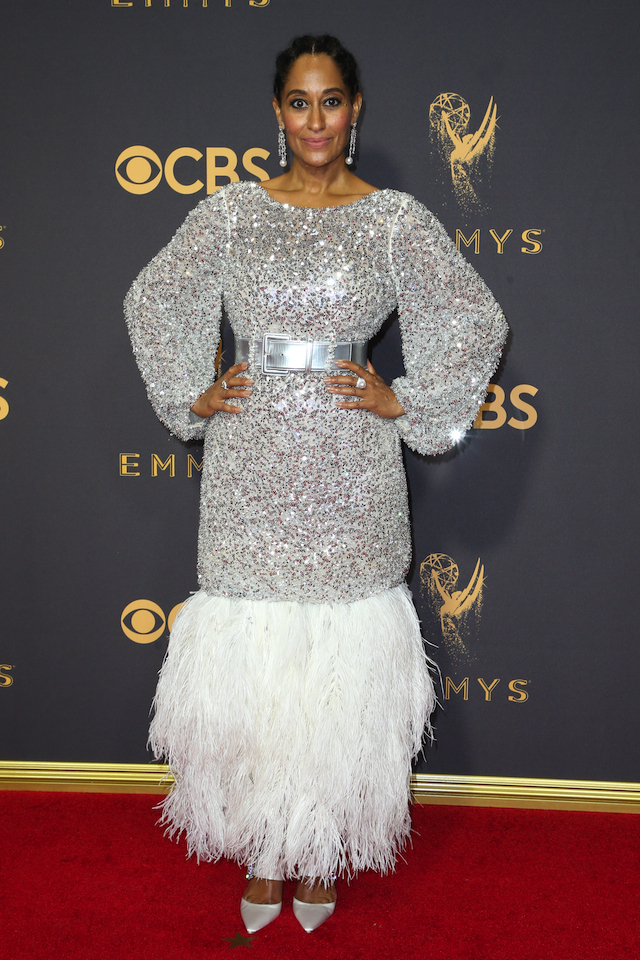 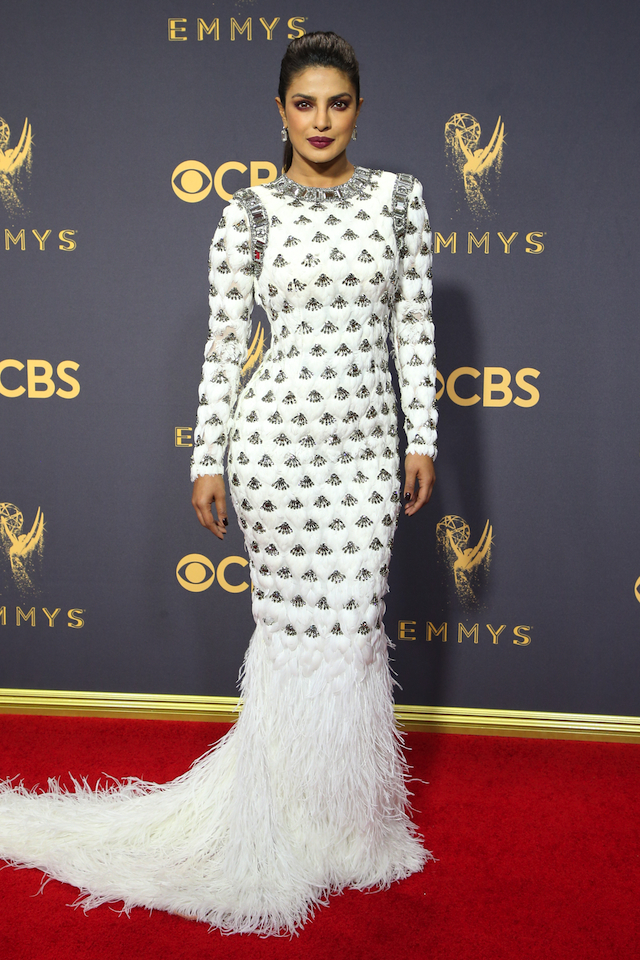 The menfolk tried to get in on the fun too, with Anthony Anderson, Joel Kinnaman, Jeremy Piven, Ron Cephas Jones, and Jared Harris all rocking white tuxes.

It certainly was a colorful year. Hopefully this bodes well for things to come.