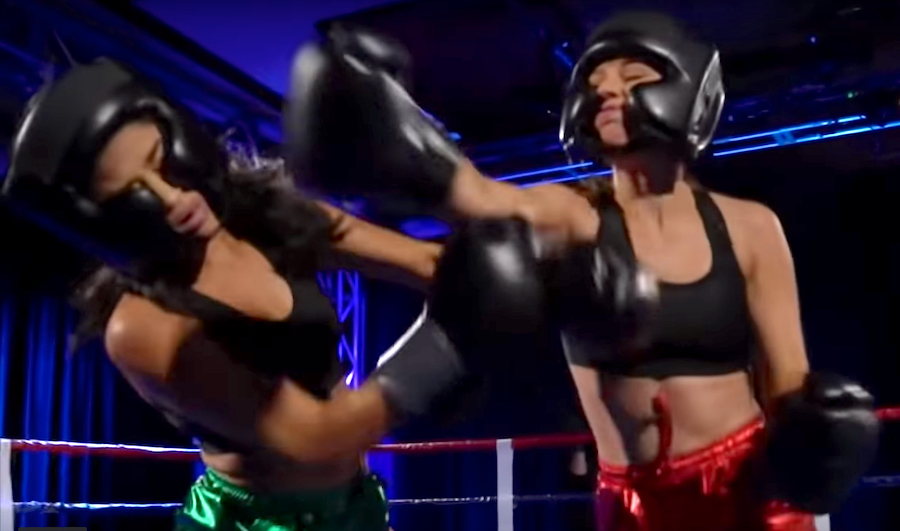 “The Bachelor” returned last night (January 25) for another intense chapter of Matt James’s journey towards love. As the season gets increasingly heated, with accusations and bullying escalating more than ever, so does Matt’s connections with the women.

Here are some top moments from Episode 4 of the season!

1. The OGs and The Newbies

In a surprising turn of events, Matt is led away from a cocktail party by Chris Harrison, who informs him that, due to Matt’s popularity, there were a record number of applicants interested in appearing on the show. To give Matt all the options he needs (though I suspect the intention was less for Matt and more for the drama), FIVE new girls arrive to join the house, much to the horror of the existing group. Out of the 5, Matt gives roses to 4, thus inviting them to officially join the contestants.

The OGs and the Newbies clash throughout the episode, with snarky remarks going around during their downtime and competition heightening during the group dates. After a particularly adventurous group date, where the girls run through a Fall-themed obstacle course, the women attend the after-party and the bullying really begins.Brittany, one of the new arrivals, interrupts Matt’s conversation with longstanding bystander,Anna. In her frustration, Anna spills toVictoria that she had been warned about Brittany by mutual friends in their hometown of Chicago, claiming that Brittany was “entertaining men for money” and serving as an escort to wealthy clients. When Brittany is confronted about the allegations, she is clearly heartbroken at having to defend herself, saying that she’s had a boyfriend since age 16 and is hurt that these rumors were being spread around.

Back at the house, Anna and Victoria continue to gossip about the new women, calling them names that seem to be reminiscent of their high school clique days. At the after-party to another group date, so do many other women. Katie, who seems to be the only one in the house who has mentally aged past age 15, tries to interject and encourage others to leave the drama behind and welcome the new girls into the house, citing that it will be difficult to live in such a hostile environment. After her efforts are to no avail, she decides to finally take the issue to Matt. It should be noted that, historically, whenever a contestant approaches the Bachelor complaining about the house’s drama, they begin to be seen as a snitch and often meet a deadly fate. Matt promises to get to the bottom of this issue and address it at the next group gathering, claiming that no one can “bully their way to my heart.”

On the only one-on-one date of the week, Matt invites newcomerMichelle on a scavenger hunt around the estate, planned, of course, by Chris Harrison. The two take on the skies as they zipline through the trees, get to know each other through the clues, and embark on a hot air balloon ride over the scenery. At the dinner afterwards, the two bond over their love for children, with Michelle being an elementary school teacher and Matt running a non-profit for children (with BFF and "Bachelorette" alum,Tyler Cameron!), and discuss the Black Lives Matter events of the past summer.

On the group date, we see a classic “Battle for the Bachelor” as the women get into a boxing rink in pairs and literally fight for Matt. The rest of the ladies in the house are invited to watch from the sidelines, and Matt is shown to be semi-sympathetic and calls for the end of the event after two of the girls deliver especially brutal blows to each other’s faces. Bones were nearly broken, blood was nearly shed, and inner barbarians were definitely released.

This episode was likely the most emotionally and physically frenzied one of the season yet. The preview for next week shows Matt taking Katie’s suggestion and confronting the women about the bullying, and we see him personally sending someone home. Stay tuned for next week’s recap!