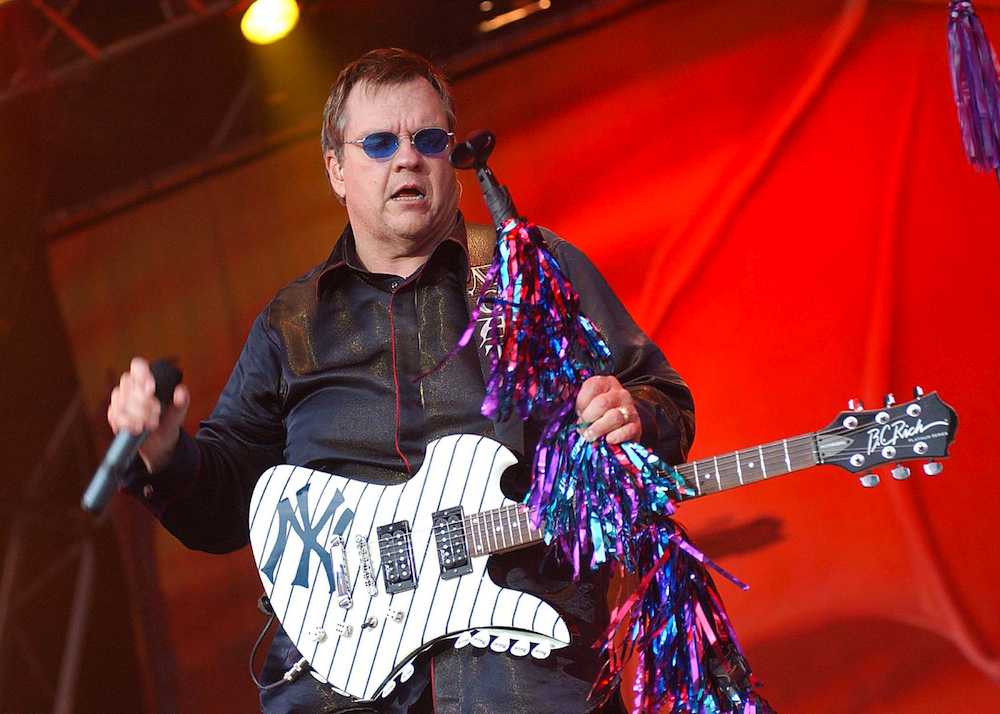 It takes some serious cajones to be a rock star and name yourself after a bland, shapeless dinner product. While the nickname “Meat Loaf” was bestowed upon Mr. Marvin Lee Aday against his will, he could have gone with ANYTHING when he decided to embark on his music career… But no. He looked Society square in the eye and said, “My name is Meat Loaf, and I’m gonna rock your face off.”

And rock he has. For over 40 years, Meat shredded our eardrums with his epic, bone-rattlin’ voice, pretty much inventing the power rock anthem and always taking everything up to 11. His Bat Out of Hell album trilogy have sold millions and millions of copies worldwide, and he endeared himself to emos and Goths everywhere with his role as Eddie the (twice) ill-fated biker in Rocky Horror Picture Show. His songs and music videos aren’t just songs and music videos… they’re like medieval sagas, going on for seemingly hours and never letting up in their intensity. And when he’s got a woman involved in the mix, fasten your seatbelts, cuz it’s about to get all kinds of crazy.

If you have a few days to spare, check out some of Meat’s most epic performances below!