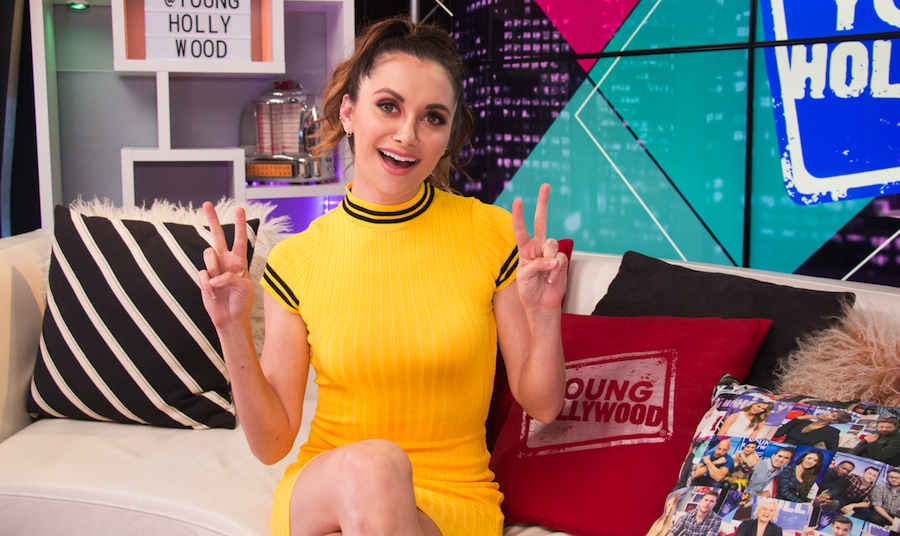 You know her as Caitlyn the DJ in the Disney Channel classic Camp Rock, and OG fans may remember her as the dancing girl in Missy Elliott’s “Work It” and "Gossip Folks" music videos. She’s also played Max in "The Suite Life of Zack and Cody", voiced Isabella in "Phineas and Ferb", starred in your favorite movies like Cheaper by the Dozen, and now she’s the latest star on the Young Hollywood couch!

It seems as if Alyson Stoner has done it all. She’s an accomplished actress, musician, dancer, and even YouTuber with over 40 million views, but she’s not stopping any time soon. Stoner is working to make an even bigger name for herself in music by dropping her newest single, “When It’s Right”. She claims that this song has been a long time in the making, but it’s now being released at the time... well... when it’s right! “Most people don’t know that I’ve been writing music since I was eight years old,” said Stoner.

While music has been a lifelong passion of hers, Stoner shared with us that it has recently also become an outlet to express her true self. She used “When It’s Right” to open up about her sexual identity with her fans after falling in love with a woman. “It’s very emboldening because now from here on out I can write whatever I want and say whatever I want,” she said.

She hopes to work with other artists in the future who have blazed the trail before her, like former Disney star Hayley Kiyoko and superstar Kehlani, who just toured with Alyson’s Camp Rock co-star Demi Lovato. In fact, Stoner’s new favorite song is the Kehlani-featured Cardi B song “Ring”... When she’s not jamming to world music like Israeli rap, that is.

This is an interview you (and your middle school-self) do not want to miss! Get ready for a blast from the Disney Channel past as Stoner tries to act out your favorite Disney Channel Original Movies. (Warning: you’ll definitely rewatch every Camp Rock and High School Musical movie after this interview and game)!